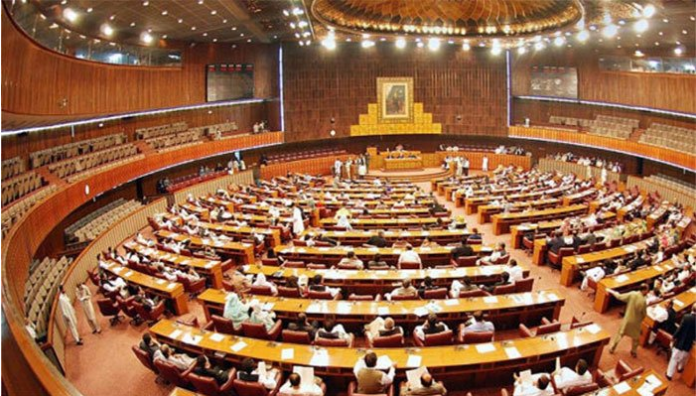 ISLAMABAD: The Senate Standing Committee on Planning, Development and Special Initiatives on Monday directed the concerned authorities to address all the issues faced by the Chinese investors working especially under China Pakistan Economic Corridor (CPEC).

The meeting held under the chairmanship of Senator Saleem Mandviwalla, discussed in detail the issues being faced by the Chinese Investors in Pakistan and the measures taken in this regard. The Chairman Committee as in its previous meeting inquired about the forum on which the issue of the Chinese investors should be taken. “There should be a remedy at the Government level,” he said. The Secretary, Ministry of Planning, Development and Special Initiatives informed the committee that a Pak-China Committee has been constituted with the objective to remove the hurdles of finalization and execution of the Projects.

The constituency of the CPEC authority, headed by a Chairman is also an apt authority to redress issues faced by the Chinese Investors, he emphasized. The Chairman Committee is dismayed by the fact that it is a general observation that the committees are non-effective and do not produce results in yes or no. “There should be a focal person to communicate the issues between the concerned authorities and the investors” Mandviwalla added. The Secretary Committee said that Chairman CPEC authority is the right person to bring in the concerns of the Chinese investors to further address the issues through the committee.

A comprehensive briefing by the Pakistan Institute of Development Economics (PIDE) on their roles, functions, and performance was also received by the committee. The PIDE officials briefed the committee that PIDE is the 1st Asian Think Tank since 1957 initiated by the US AID for long-term planning. PIDE aims for Research, Projects and Surveys, Academic Programs, and Executive Training through an active and continuous debate on key issues, extensive engagements with policymakers, practitioners, professionals, academia, and development partners.

The officials informed the committee that the mode of communication of PIDE is through Webinars/ Seminars, Research Videos, and Newspaper Articles, etc. There are a number of PIDE’s Research Agendas including Climate Change, Social Protection Health, and Education. The officials of the PIDE commented that 16% of the uneducated population is unemployed while amongst the educated population (twenty-four) 24 % of graduates are jobless out of which (forty) 40% are females.

It was noted that these figures are in contrast to the figures given by the Government. The officials of PIDE further elaborated that there are also hidden numbers such as those who only take admission in MPhil and PhD Programs because they do not have employment opportunities. “Some 80% of students are enrolling themselves because of unemployment and this number doesn’t come in any count” Informed the PIDE officials. “Our aim is to provide employment opportunities to 120 Million youth/graduates of the country”.

The Chairman Committee sought a report on the factual statistics regarding the number of youth, unemployment, etc, which the committee can actually rely upon in order to take concrete decisions. The PIDE in their research has proposed laws for Hawkers and also grant them licenses which will meet 20 to 30 million employments in the country. The PIDE in their recent publications also proposed reform for the civil services, on their incentives and costs. According to the publication, the total cost on a civil servant is Rs/- 11 lakh.

The PIDE also made research on the Economic Cost of Tobacco-Induced Diseases in Pakistan stating that the cost of cigarettes is the least in Pakistan as compared globally and the health cost is three times the revenue generated by it. The PIDE officials also debated on the criteria through which universities are registered in Pakistan. It was informed that unlike world- wide practice of enlisting of universities through chatters,

Pakistan approves universities through a Bill introduced by the HEC which has lacunas such as a university can only be approved if it has Thirteen 13 acre land, which does not justify a requirement of establishing a university at the international level. The PIDE officials apprised the committee that in Islamabad there are Forty (40) training institutes and Forty (40) universities.

The PIDE officials during their briefing informed the committee that the total budget for the PIDE is 300 million out of which more than 90% goes into the salaries of the employees. The Chairman Committee sought report on the so far implementation of the research being conducted by PIDE along with its outcome. The chairman committee also sought proposed reform of the PIDE for a way forward, to be discussed in the next meeting. The meeting was attended by Senators Dost Muhammad Khan, Ejaz Ahmad Chaudhry, Muhammad Tahir Bizinjo, Sardar Muhammad Shafiq Tareen, and Senator Hidayat Ullah.