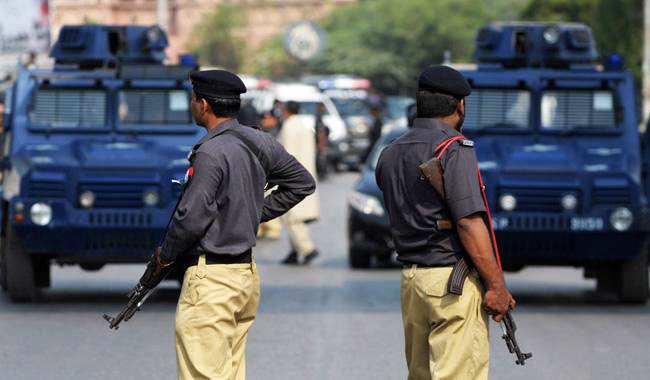 KARACHI: On Monday, the Counter-Terrorism Department (CTD) of Sindh police asserted that they have captured two suspected terrorists affiliated with the notorious Daesh organization during their raid in Karachi’s Mirpur.

Mazhar Mashwani, the in-charge of CTD, maintained that the CTD personnel connected with an intelligence agency to carry out a raid on New Truck Stand, and as a result, they have arrested Naseemullah alias Naseem and Isa alias Hakeem Luqman.

He said that two pistols along with rounds were confiscated from their possession. Adding that both the terrorists received training from Afghanistan and knew using all kinds of firearms and bombs.

Naseemullah is the son-in-law of Daesh Sindh chief Hafeez Pandrani, who was killed in a shootout in 2019, the police officer said, adding the suspect is also the son-in-law of another killed terrorist Siddique. However, Naseemullah’s wives would assist in the transportation of arms and explosives, Mashwani revealed.

On the other hand, on Sept 25, the Punjab Counter-Terrorism Department (CTD) claimed to have arrested eight terrorism suspects in intelligence-based raids in various districts of Punjab. According to a CTD statement, four terrorists of a banned organization were arrested during an intelligence-based operation in Lahore. Mushtaq, Samiullah, Adil Jamal and Usama were also arrested by the CTD in a raid.