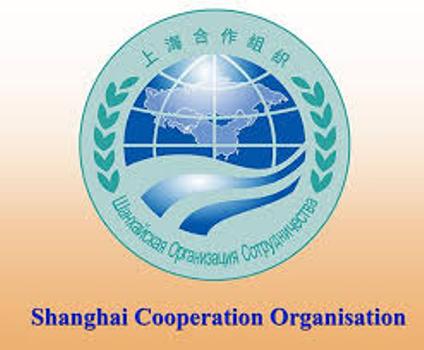 BEIJING: The Shanghai Cooperation Organization (SCO) agreed at its annual summit last week to formally start the process of admitting Iran as a full member and to make Egypt, Saudi Arabia, and Qatar dialogue partners. Despite the challenges ahead, such developments mark a new stage in the SCO.

The SCO has witnessed gradual progress over the past two decades. Before 2021, the organization was composed of eight full member states, four observer states, and six dialogue partners, Jin Liangxiang, a Senior Research Fellow with the Center for West Asian and African Studies, Shanghai Institutes for International Studies said in his article published in China.org.com. Aside from China, the current SCO member states are Russia, Kazakhstan, Kyrgyzstan, Tajikistan, Uzbekistan, Pakistan, and India. The four states with observer status are Afghanistan, Belarus, Iran, and Mongolia, while the six dialogue partners are Azerbaijan, Armenia, Cambodia, Nepal, Turkey, and Sri Lanka.

Despite Iran’s observer status and Turkey’s dialogue partner status, SCO’s engagement with the Middle East has actually been modest during the two decades since its establishment. However, after this year’s summit, Iran, as a major regional actor in the Middle East, will become a full member of the organization. Moreover, another three countries – Egypt, Saudi Arabia, and Qatar – have become dialogue partners. As such, the SCO has established institutional connections with five major countries in the Middle East. Considering the size of the population and geographical locations of these countries, more opportunities are expected to emerge, and cooperation could flourish under the SCO framework. Going forward, more countries in the region might also develop an interest in joining.

Under the framework of the SCO, all countries – full members, observers, and dialogue partners – are able to share their views and concerns, and better understand the development agendas of each other. This can be helpful for them in adjusting their domestic policies to emerging opportunities. Iran, generally regarded as a Middle Eastern country, is actually a natural extension of Central Asia into the Middle East. In this regard, its integration into the SCO can be seen as a natural and steady development of the organization. Its full membership will mark a significant achievement for the development of the SCO in terms of its engagement with the region.

Iran’s participation will further facilitate the SCO’s role in dealing with security issues. The original aspiration of the SCO is to combat terrorism, extremism, and secessionism. As a major actor in the Middle East, Iran is expected to play a more important part in breaking up terrorist networks. Moreover, Iran’s presence will help the SCO give full play to its role in handling political issues across Central and South Asia, especially the Afghan issue, which has long been the top agenda of the SCO. As a neighbor of Afghanistan, Iran has received more than 3 million Afghan refugees. Moreover, Iran also neighbors many other SCO member countries, which ensures that it has maintained close economic ties with them in various areas.

Considering the geographical location of Iran, the country can play a positive role in promoting all related parties to engage in dialogue on the Afghan issue. The SCO has witnessed steady development over the last 20 years. In the coming years, and especially with the presence of Iran as a key member, the organization is expected to make greater contributions to world peace and common prosperity.