Pakistan is not a safe haven for terrorists: FM Qureshi

Pakistan and UK have mutual goals in Afghanistan. 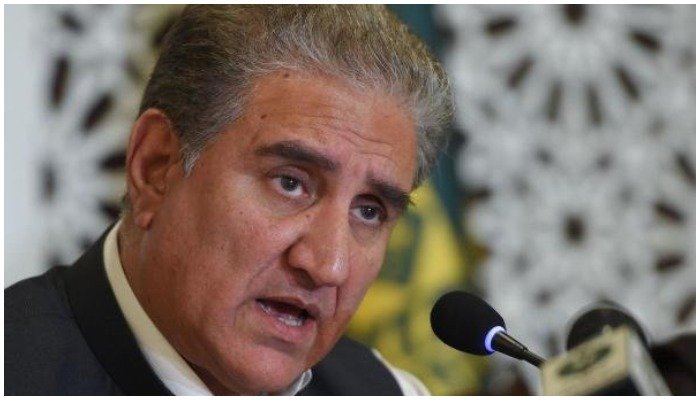 LONDON: Foreign Minister Shah Mahmood Qureshi on Sunday evening had a working dinner in London. Pakistan High Commission organised the dinner. Qureshi said that Pakistan and UK have the same goals in Afghanistan.

Qureshi is in London on a three-day official visit after the conclusion of his trip to New York where he attended the 76th session of the UNGA. During his visit, Qureshi is also set to meet the chairman of the British Foreign Affairs Committee, members of the British Parliament, and his counterpart Elizabeth Truss at the Foreign, Commonwealth, and Development Office.

Addressing the participants during the dinner, Qureshi touched upon several issues. He discussed the situation in Afghanistan. And also Pakistan’s role in maintaining peace in the region and the issue of terrorism, among other matters.

Qureshi said that the Western media was trying to blame Pakistan for the situation in Afghanistan. But it is the fault of the former Afghan leaders because of which the country is facing a crisis.

He said that the people of Afghanistan have been the ultimate sufferers of the political chaos in the country.

“Afghan people are also tired of war and only want peace and stability in their country,” he said.

Qureshi criticised Western countries’ stance on Afghanistan and said that “they are trying to make Pakistan a scapegoat.”

“[As opposed to the narrative of Western countries] Pakistan is not a safe haven for terrorists. Western media outlets should come here and see the situation for themselves,” Qureshi maintained.

Qureshi said that both Pakistan and the UK have unanimity in goals when it comes to the matter.

“The United Kingdom supports the idea of an inclusive government in Afghanistan. This is exactly what Pakistan wants too”. He added that two countries may have different approaches to dealing with the situation, the goal is the same.

Qureshi also talked about the probability of a humanitarian crisis in Afghanistan. He urged Britain to contact the Taliban government to resolve the issue.

He warned that if the world isolates Afghanistan, there will be a refugee problem. And people will also turn to Europe for help.

“Pakistan is also ready to be at the centre of relief activities in Afghanistan. And will also extend all possible support to the people there,” said Qureshi.

Qureshi stressed that Pakistan is ready to avert the possible humanitarian crisis in Afghanistan. He also reiterated at the UNGA that Pakistan is not in a condition to accept more Afghan refugees.

Pakistan does not have the capacity to bear more Afghan refugees. Qureshi had told this to US Secretary of State Antony Blinken as he met him on the sidelines of UNGA.

“Pakistan has also called on the international community to help the Afghans and unfreeze its assets abroad. The Taliban took over the country in mid-August in a lightning sweep,” he had said.

Qureshi called upon the international community to play a positive role and engage with the newly-formed Taliban government in Kabul.