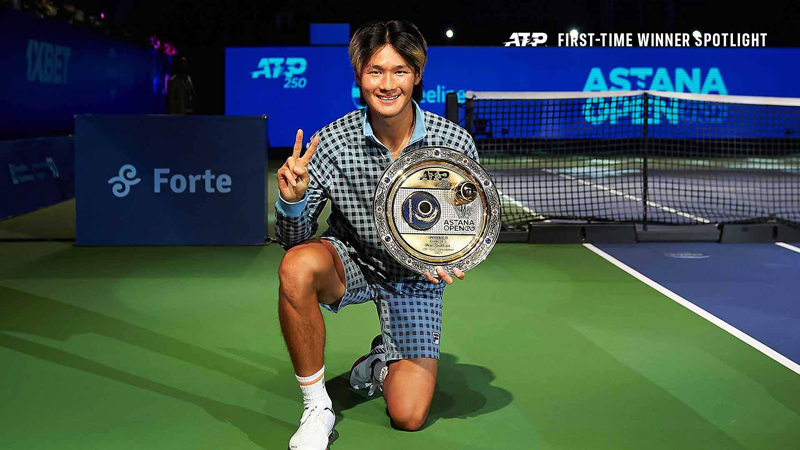 NUR-SULTAN: South Korea’s Kwon Soon-woo captured his first ATP Tour title on Sunday with a 7-6 (8/6), 6-3 win over Australian James Duckworth in the Astana Open final. The 23-year-old Kwon, ranked 82 in the world, defeated three seeds en route to the final and saved three set points against Duckworth in the first set tie-break. He became the ninth first-time champion on the ATP circuit this year, and just the second Korean man to win a tour-level title in the Open era, following Lee Hyung-taik’s win in Sydney in 2003. “To win the title as a Korean, it has been 18 years and it means a lot to me and I am really proud of myself,” Kwon told ATPTour.com “I feel great and really happy for myself and my team and all the people supporting me from Korea.”