Farrukh asks Shehbaz to bring Nawaz back from London 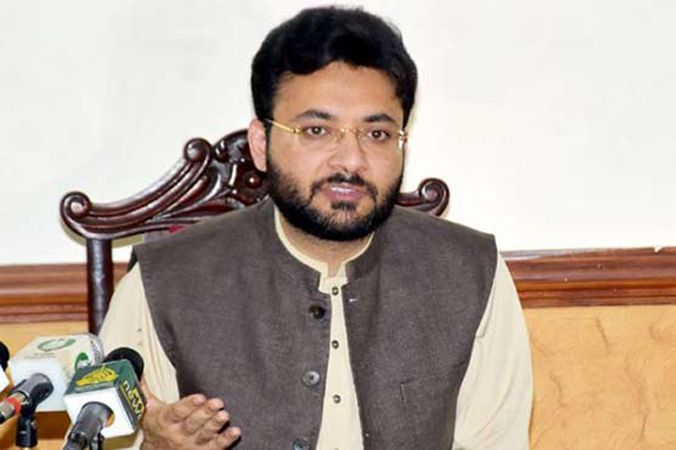 Minister of State for Information and Broadcasting Farrukh Habib on Sunday asked Pakistan Muslim League-Nawaz (PML-N) President Shehbaz Sharif to bring back his absconding elder brother Nawaz Sharif from London instead of criticising the government.

“You are a guarantor of your brother and you helped him flee the country to reach London, so bring him back before criticizing the government,” said the minister in a news statement, while reacting to Shehbaz Sharif’s anti-government remarks.

He said Shehbaz Sharif had no right to celebrate his party’s victory in the cantonment boards’ elections as the PML-N was completely wiped out from three provinces — including Balochistan, Khyber Pakhtunkhwa and Sindh due to its poor performance.

The PML-N had been relegated to a small region, he said while referring to political presence of the party’s in Punjab.

It was the Pakistan Tehreek-e-Insaf (PTI) which took lead in the cantonment boards’ elections, he said and asked Shehbaz to show some moral courage and accept his party’s defeat in the election.

The minister said it had become a habit of the PML-N to single out rigging wherever they faced defeat, terming only those elections transparent where they emerged victorious.

He said all the elections held in the past under the traditional methods were marred by the rigging controversy; therefore, the use of electronic voting machines (EVMs) was crucial to ensure free, fair and transparent polls in the country.

Describing the EVMs as ‘guarantor’ of transparent elections, he said opposition had every right to do politics, but they should help government reform the system by setting aside their personal interests.

He said, “Those who dreamt of defeating the PTI in the last general elections would go on to face a humiliating defeat in the next polls as well.”

Those who remained in the power in turn-by-urn, had looted the country ‘ruthlessly’, he said, adding they also went to the International Monetary Fund for the first time to borrow money.

Reacting to Shahbaz’s claims, Minister for Prisons Fayyazul Hassan Chohan said that the opposition leader had declared all elections as “rigged”, with the exception of the cantonment board polls.

“The elections they win are declared transparent and those they lose are claimed to be rigging-riddled. This is an old habit of the N-league,” he said.

Chohan said that the people are tired alright since the last three years, but of listening to the “same old narrative” pushed by the PML-N. The minister went on to say that in Shahbaz Sharif’s tenure “every project of the PML-N was exposed that same tenure through an audit”.