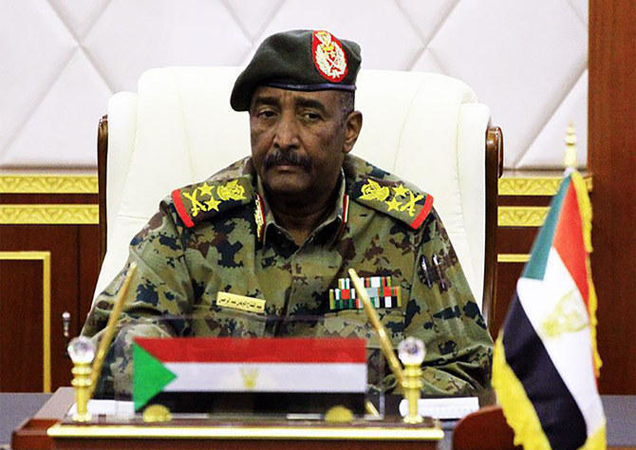 Sudan’s military says it has repelled an attempted incursion by Ethiopian forces in the border area between the two countries.

The Ethiopian forces were forced to retreat from the Umm Barakit area, a military statement said on Sunday, without giving further details.

The head of Sudan’s military, General Abdel Fattah al-Burhan, told reporters the incident took place on Saturday. He said it showed how the military was protecting the country in the wake of a coup attempt in Khartoum last week.

Colonel Getnet Adane, Ethiopia’s military spokesman, did not immediately respond to a request for comment.

Tensions along the border between Sudan and Ethiopia have escalated since the outbreak of a conflict in Ethiopia’s northern Tigray region last year that sent tens of thousands of refugees into eastern Sudan.

The tensions have focused on an area of fertile farmland known as al-Fashqa, where the border is disputed.

Protesters from the Beja tribes in eastern Sudan have been shutting ports and blocking roads in protest against what they describe as poor political and economic conditions in the region.

Al Jazeera’s Hiba Morgan said the dissatisfaction of the Beja tribe – one of the main tribes in eastern Sudan – dates back to October 2020, when opposition and armed groups signed a peace agreement with the Sudanese government.

The Beja tribe said the deal is “not representative and does not address the root causes of marginalization” and “underdevelopment in the eastern region,” Morgan said.

“They say they want to make sure the government understands what it means to have an economic crisis, to be underdeveloped and to get their voices heard,” she added.

According to Morgan, the demonstrators’ aim is to hold a conference with various tribes and ethnicities in the eastern region to come up with an alternative to the peace agreement.

‘SIMMERING’ ANGER: The ministry has appealed to the protesters to end the shutdown within a week to spare the country huge financial and technical losses.

Gadian Ali Obaid, Sudan’s minister of oil and energy, said in an interview: “The authorities are attempting to fix the issue of the closure of the ports.”

On Saturday, he said there are enough reserves for the country’s needs for up to 10 days.

Khartoum oil refinery, which produces fuel for domestic consumption, is still working normally, according to the ministry.

Another pipeline used for exporting crude oil from neighbouring South Sudan is still working but it is vulnerable to freezing and damage because the protesters have been blocking a vessel from loading the oil, the ministry said.

Oil depots at Bashayer oil terminal port in eastern Sudan will be fully filled after 10 days at the most if the blockage of exports continued, the ministry said. That would in turn cause South Sudanese oilfields to halt production.

Waleed Madibo, founder and president of the Sudan Policy Forum, said the grievances of the demonstrators are “justified”.

“The anger has been simmering for decades and it has reached a point where they could no longer take it,” he said. The anger escalated “especially” after the Juba agreement was signed with groups in Darfur – which excluded others in eastern and northern parts of the country, he added.

“Consequently, we see anger accumulating and reaching a point where they are now, I think, sabotaging the whole country,” Madibo said.

On Friday, an adviser to Sudanese Prime Minister Abdalla Hamdok accused unidentified forces of using those protests to damage the economy and put pressure on the transitional government, which is ruling after the removal of Omar al-Bashir in 2019.

Stopping oil exports “will lead to major economic losses”, the aide, Yaser Arman, said in a statement. He estimated potential damages of a prolonged stoppage at more than $1bn.