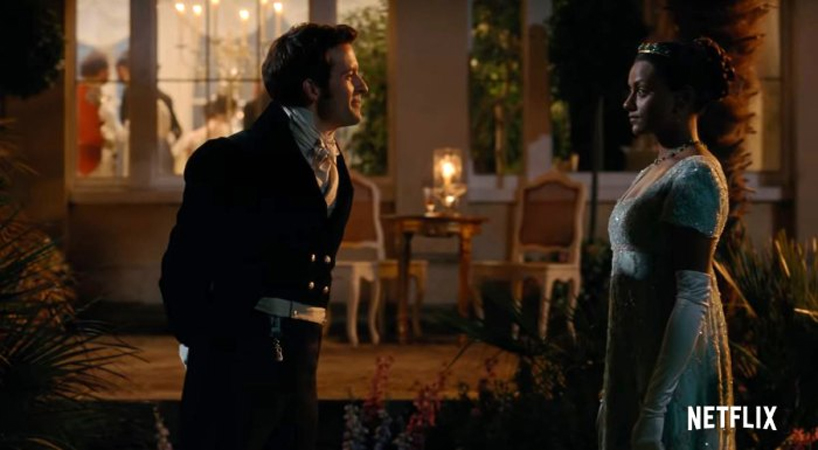 Dear reader, Bridgerton’s season two is guaranteed to be a lot more dramatic than ever before.

On Saturday, Sept. 25, Netflix released the first trailer for the fan-favorite show’s upcoming season during its TUDUM event. Not that fans would expect anything less, but Bridgerton’s second season looks like it’s going to be filled with another thrilling storyline about love.

In the sneak peek video, Anthony Bridgeton gets rejected by Kate Sharma after she overhears his “many requirements for a wife.”

“You take issue with my requirements?” Anthony asks Kate, to which she fiercely replies, “I take issue with any man who views women merely as chattels and breeding stock.”

She adds, “When you manage to find this paragon of virtue, whatever makes you think she will accept your suit? Are the young ladies of London to be so easily won by a pleasing smile and absolutely nothing more? … Your character is as deficient as your horsemanship. I shall bid you goodnight.”

Nicola Coughlan, who plays Penelope Featherington, recently teased the show’s upcoming season and her character’s storyline in an interview with E! News.

“You definitely see her mature more,” she exclusively shared. “I think of it in the Britney thing, ‘she’s not a girl, not yet a woman’ in this season. So she’s more aware of the power she wields-that doesn’t mean she’s any better at using it. She definitely gets herself into some sticky situations.”

The second season is expected to debut on Netflix in October 2022. Until then, scroll through our gallery below to get the scoop on everything we know about Bridgerton’s future.