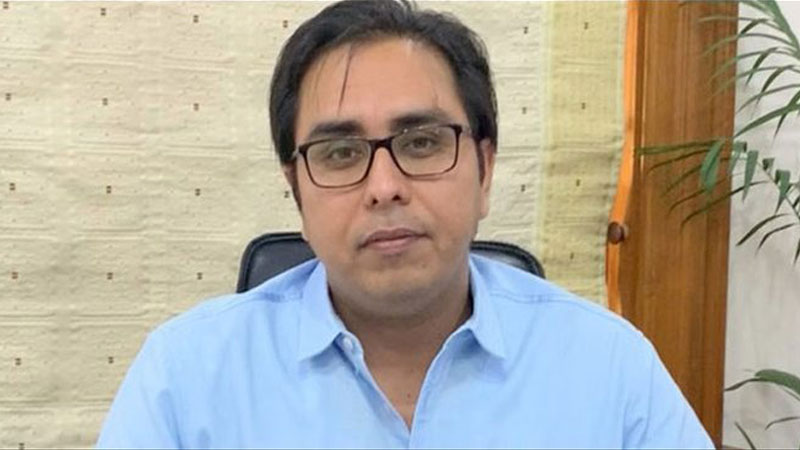 Special Assistant to the Prime Minister (SAPM) on Political Communication Dr Shahbaz Gill Saturday said that Maryam Nawaz was the mastermind of fake Covid-19 vaccination entry of Nawaz Sharif and termed it a conspiracy to defame the integrity of the country and its institutions.

Addressing a press conference at Governor’s House in Lahore, he said that in every conspiracy hatched against the country — from dawn leaks to vaccine leak — it had a link with Maryam Nawaz who, like her father Nawaz Sharif, was making every attempt to defame Pakistan before the international community for their vested interests. He said the Pakistan Muslim League-Nawaz (PML-N) during its tenure, wreaked havoc on the institutions and inducted its supporters and blue eyed without adopting rules and regulations.

Gill said the PML-N workers themselves spread it on the social and the Indian media and started a campaign against the government.

Giving details, the SAPM said PML-N MPAs Chaudhry Shehbaz and Imran Nazir executed the plan with three other characters Adil Rafiq, Hasan Raja Hasan and Naveed. Naveed had fled the country whereas two others were behind the bars and investigations were underway against them. He said Adil Rafiq was hired in 2015 and Hasan in 2017 due to their links with the PML-N. They had been diehard supporters of the PML-N, he added. The third accused Naveed would be brought back to the country and the law would take its course against him as well for working against the integrity of Pakistan.

The SAPM said that corruption was committed at large scale during the PML-N government and the party supporters were given the government job without following the rules and regulations, which ultimately destroyed the institutions.

The entire episode was aimed at portraying a negative picture of the country before the enemies of Pakistan and other countries. The government would ensure initiation of legal action against the accused and justice be done to them, he added.

He praised the efficiency of Punjab Health Minister Yasmin Rashid in exposing the PML-N conspiracy against the country.

Shahbaz Gill said that true ideology of the PTI was about ensuring dispensation of speedy justice in society equally to every citizen irrespective of his status. He said PTI’s alliance with lawyers fraternity was natural as the aim of both was provision of justice. He said Covid-19 pandemic had hit hard the entire world and all countries had imposed complete lockdown. But during the testing times, only Prime Minister Imran Khan opposed complete lockdown to protect the poor segments of the country.

Today, the international organisations have been appreciating the Pakistan government for handling Covid-19 diligently and effectively. He said that brotherly country China extended valuable help in provision of Covid-19 vaccine to people of Pakistan in war against coronavirus.

The PTI government was the custodian of the every penny of the country as the prime minister’s office saved more than one billion rupees by observing austerity in all affairs of the government in three years, he added.