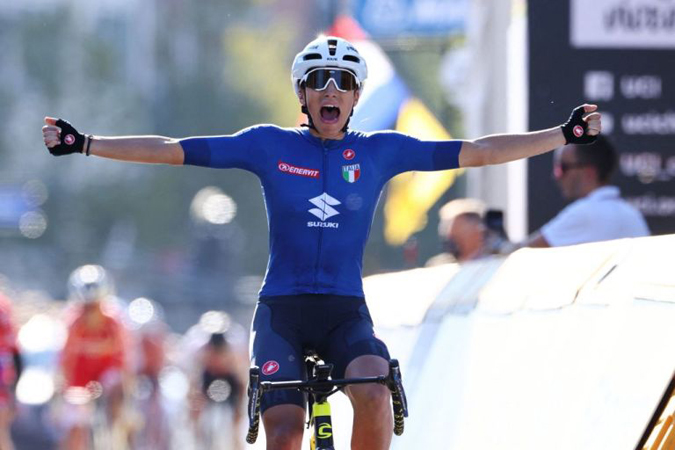 LEUVEN: Italy’s Elisa Balsamo won the women’s world road race title on Saturday ending a four-year run of success for Dutch riders. The 23-year-old held off a challenge by the Netherlands’ three-time champion Marianne Vos to take the rainbow jersey after a gruelling 157.7 kilometres ride under clear blue skies. Balsamo crossed the line with her arms spread wide in celebration as she became the first Italian to win the title since Giorgia Bronzini won the second of her two titles in 2011. Poland’s Katarzyna Niewadoma took the bronze. For the star-studded Dutch team it was a second high profile failure to guide one of their own to the title having been outfoxed by Austrian amateur Anna Kiensehofer in the Olympic road race in Tokyo. Little wonder that as Vos cried after crossing the line, Balsamo thanked her team-mates for the work they had done to secure her victory. “I’m totally speechless, I have no words to describe this feeling,” she said. “It’s unbelievable. My team was so good. Without them this jersey wasn’t possible so my team were so good.”