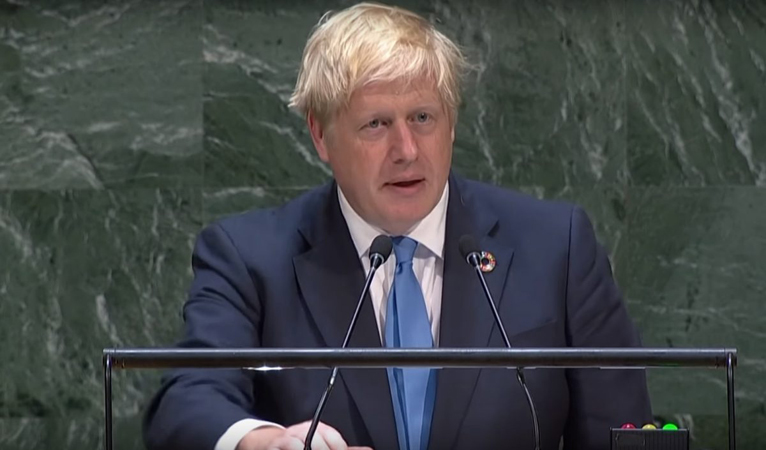 The England and Wales Cricket Board (ECB) was “urged to go ahead as planned” for the Pakistan tour by the British government officials, according to a report by The Times.

The report also mentioned that British Prime Minister Boris Johnson has expressed anger at the ECB’s decision to cancel the tour to Pakistan scheduled for November.

The ECB’s decision had come three days after New Zealand abandoned their tour of Pakistan, citing a “security threat” minutes before the first ODI match was scheduled to start at the Rawalpindi Cricket Stadium – a move that shocked Pakistan’s cricket fraternity and fans.

The men’s team of England was supposed to tour Pakistan after a gap of 16 years, whereas the women’s team was coming here for the first time to play two T20 matches.

Sharing reasons for the cancellation of the tour, the ECB cited concerns over the players’ mental and physical well-being. Interestingly, the ECB statement did not mention security as a grounds for the cancellation unlike the New Zealand cricket board. The Times report quoted the British premier and senior ministers of the Commonwealth Office as saying that the decision “has damaged relations between the UK and the Pakistan government”.

The report, however, stated that the ECB was willing to continue with the tour but the Team England Player Partnership (TEPP) – a unit of the athletes’ union representing England’s central contracted players – intervened, which eventually led to the cancellation of the tour.

Responding to The Times report, the TEPP spokesperson told The Daily Mail, that “the TEPP was not even asked about the tour going ahead”.

“At no stage has the ECB ever asked Team England Player Partnership or the teams, men and women, whether the tour should go ahead or whether players were prepared to tour Pakistan,” the spokesperson said. He added that the ECB board met last Sunday to deliberate on the tour to Pakistan. “That afternoon we were informed the tour had been cancelled. Team England Player Partnership was not asked for our input and we were not involved in the decision to cancel the tour,” he underlined.

The report also mentioned that the ECB took the decision that the short tour to Pakistan “was not the battle it wanted to have with the players’ representatives.” “In calling off the tour to Pakistan, the ECB can turn its attention to making sure that the Ashes takes place as planned,” the report stated.

Earlier, British High Commissioner to Pakistan Christian Turner had released a video message, insisting the commission did not advise against England cricket’s tour of Pakistan on security grounds.

He had emphasised that the decision to cancel the tour was taken by the ECB, “which is independent of the British government, based on concerns for player welfare”.