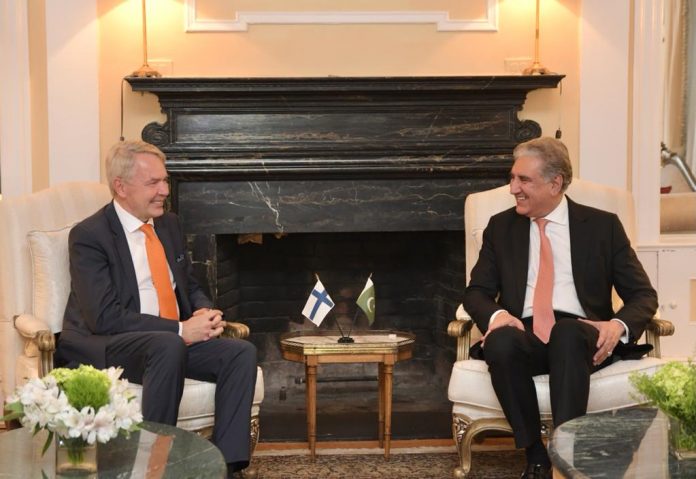 He added that the reopening of the Finnish Embassy in Islamabad would further facilitate trade relations as well as the promotion of people-to-people contacts. The Foreign Minister said this during the meeting with his Finnish counterpart, Pekka Haavisto held here on the sidelines of the 76th session of the UN General Assembly. The two Foreign Ministers discussed bilateral relations as well as regional and global issues of mutual interest.

The Foreign Minister stressed the need to promote lasting peace and stability in Afghanistan through the active and sustained engagement of the international community to address the immediate humanitarian needs of the Afghan people and their long-term socio-economic development. He shared with his Finnish counterpart a Dossier documenting India’s grave violations of human rights, international humanitarian law and UN Security Council resolutions in Indian Illegally Occupied Jammu and Kashmir (IIOJK).