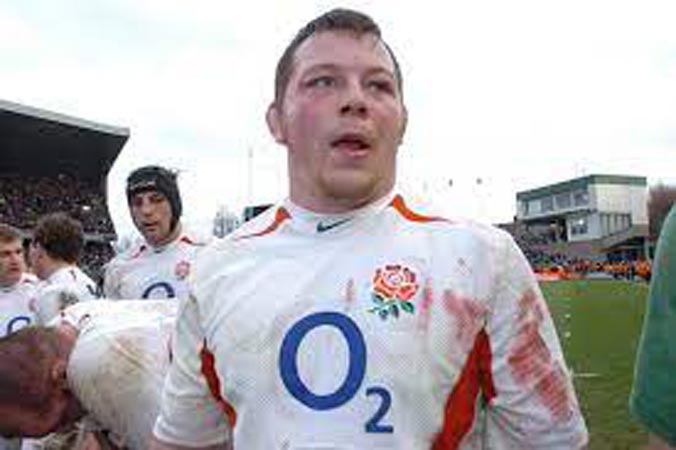 LONDON: Rugby World Cup winner Steve Thompson, who has been diagnosed with early onset dementia, has pledged to donate his brain for use by scientists researching head trauma. Thompson cannot remember playing in England’s World Cup final win over Australia in 2003 because of his condition. The 43-year-old is among a group of ex-players suffering from neurological conditions involved in a legal action against several rugby authorities, alleging negligence. The Concussion Legacy Project will use Thompson’s brain for research on chronic traumatic encephalopathy (CTE), which can only be diagnosed after death, and other consequences of brain trauma. It comes as concerns grow over the link between sport and long-term brain injury across a range of sports including rugby and football.

“I’m pledging my brain so the children of the people I love don’t have to go through what I have gone through,” said former hooker Thompson, who was diagnosed with dementia at the age of 42. “It’s up to my generation to pledge our brains so researchers can develop better treatments and ways to make the game safer.” The project is a new brain bank formed through a partnership between the Concussion Legacy Foundation UK (CLF UK) and the Jeff Astle Foundation.

Former footballer Astle, who had a lengthy playing career with West Brom, suffered from dementia before his death in 2002. His daughter Dawn Astle, who set up the foundation, hailed the initiative. “Brain donation is the most valuable gift of all for future generations of footballers,” she said. “It may be many years before this jigsaw is complete, but by adding each piece, one at a time, it is the only way we shall understand the true picture and so be able to make a better future for others.” In July, World Rugby announced details of a major programme to improve care for elite players returning to play following a confirmed concussion.