Maryam says EVMs a ploy to rig next general elections 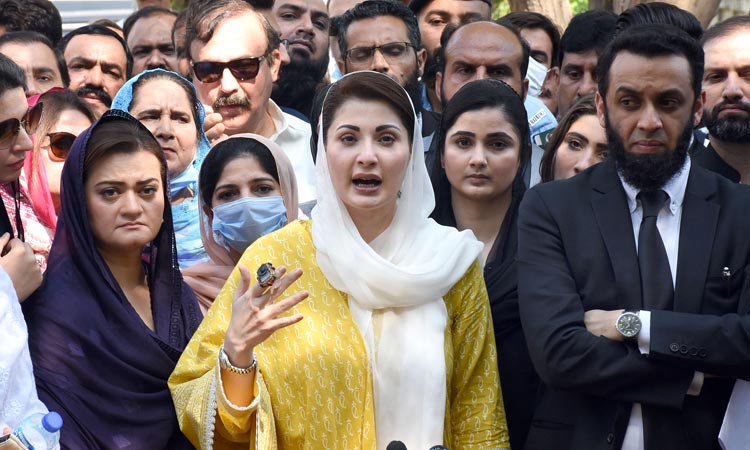 Pakistan Muslim League-Nawaz (PML-N) Vice-President Maryam Nawaz has termed the PTI government’s proposal to use the Electronic Voting Machines (EVMs) a ploy for rigging the next general elections.

“What does a government, which is based on rigging, has to do with transparency,” Maryam asked on Thursday while addressing media following her appearance at the Islamabad High Court (IHC) for the hearing of the Avenfield reference.

In a tweet, the PML-N leader said, “A government that cannot rely on its own performance, has failed miserably on every front-whether it is inflation, economy, foreign relations or the law and order situation-will rely on electronic machines and not the people.”

Responding to a question outside the IHC, Maryam said that she considered the electoral reforms ineffective, adding that there is no use of such reforms until rigging is stopped and those transgressing their authority are barred.

Regarding the talks of giving the National Accountability Bureau (NAB)’s tenure an extension, the PML-N leader said, “We will address the issue when a formal decision on the NAB chief’s extension is announced.”

She further stated that the government wanted to strike off the opposition’s role from NAB and “appoint the brothers of the ministers in the bureau.”

She added that at present, people are witnessing the worst form of inflation in addition to other problems, therefore, the PML-N is raising its voice for the sake of people instead of staying silent. Moreover, Maryam termed the news of fake COVID-19 vaccine entry in former prime minister Nawaz Sharif’s name “ridiculous” and said that “the vaccination cards issued by this government are also fake like everything else”.

A fake coronavirus vaccine entry was made using Nawaz’s name in the National Immunisation Management System (NIMS) at the Government Kot Khawaja Saeed Hospital on September 22. A day earlier, Prime Minister Imran Khan reiterated his government’s resolve to introduce EVMs to put an end to chronic allegations of rigging surrounding elections in the country but said certain people with “vested interests” were opposed to the reforms.

Earlier, the NAB requested the IHC to conduct day to day hearing in appeals of Maryam Nawaz and her husband Captain (retd) Muhammad Safdar in Avenfield Property reference.

In an application filed to the court, the NAB stated that the accused was repeatedly using delaying tactics deliberately. Maryam Nawaz’s lawyer had been giving excuses for a year to delay the hearing.