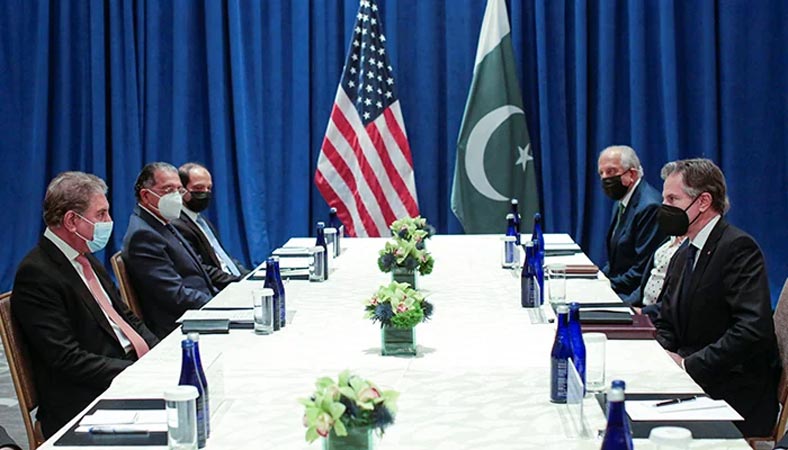 Pakistan does not have the capacity to bear more Afghan refugees, Foreign Minister Shah Mahmood Qureshi told US Secretary of State Antony Blinken on Thursday. Pakistan has time and again called on the international community to help the Afghans and unfreeze the country’s assets abroad after the Taliban took over the country in mid-August in a lightning sweep. The foreign minister met his counterpart on the sidelines of the 76th session of the United Nations General Assembly in New York, where he informed him of Pakistan’s stance on Afghanistan. During the meeting, the foreign minister said Pakistan was working towards averting a possible humanitarian crisis in Afghanistan, as he called upon the international community to play a positive role and engage with the newly-formed Taliban government in Kabul. The foreign minister told his counterpart that Pakistan aspires to promote trade, investment, and people-to-people contact with the United States. After Blinken had said that Washington would reassess its relationship with Pakistan in the coming days, Foreign Office Spokesperson Asim Iftikhar On September 16 had said the United States’s announcement was “surprising” as we have played a positive role in the Afghan peace process.