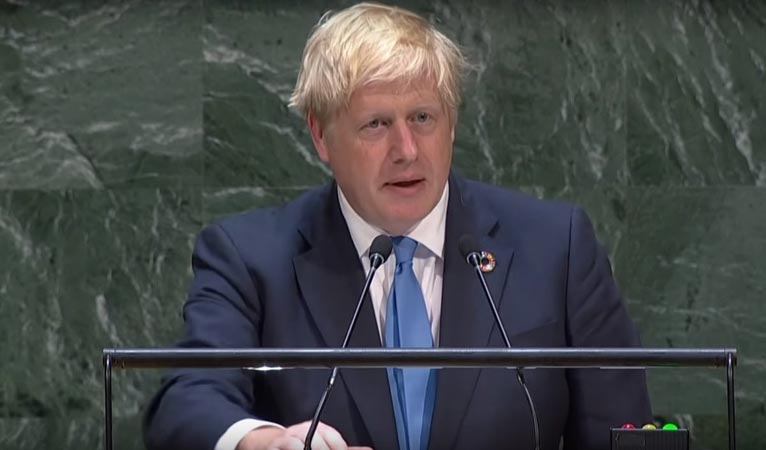 In yet another acknowledgement of Prime Minister Imran Khan’s efforts to counter the affects of climate change, UK Prime Minister Boris Johnson highlighted Pakistan’s 10 billion trees project during his speech at the United Nations. The UK PM called for following the example of Imran Khan to plant 10 billion trees and told world leaders that humanity has to “grow up” and tackle climate change. “I invite everybody to follow the example of Imran Khan of Pakistan who has pledged to plant 10 billion trees,” he said. The billion tree project has been acknowledged worldwide as a much-needed step towards minimising environmental losses. In his speech to the UN General Assembly on Wednesday, Johnson said it’s now or never if the world is to meet its goal of limiting the global temperature rise to 1.5C above pre-industrial levels. Prime Minister Johnson is due to host a major United Nations climate summit in Glasgow, Scotland, in six weeks’ time.