* Mahmood Khan says when implemented, the project will irrigate thousands of acres of land in the province’s southern districts 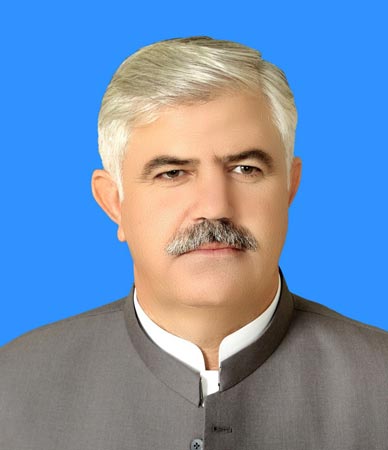 He expressed the hope that federal government would extend its full support and Prime Minister Imran Khan will play an important role to materialize the proposed project of CRBC.

He expressed these views while addressing the Kisan Convention organised by Khyber Pakhtunkhwa Agriculture department in DI Khan.

Speaking on the occasion, he said implementation of the project was possible only under the leadership of Prime Minister Imran Khan.

The project, he continued, when implemented would irrigate thousands acres of land of southern districts which resultantly bring in agricultural revolution not only in region but in whole of the province.

The CM said provincial government was paying special attention to the development of agriculture sector in line with the vision and directives of PM Khan.

He added that for the first time in the history of Khyber Pakhtunkhwa, provincial government of PTI has increased annual budget of agriculture sector from Rs 700 million to Rs 8 billion adding that additional funds of Rs 5 billion had also been kept aside for agriculture sector besides investment of billions of rupees by the federal government.

He said that collectively 400 water courses would be completed in the next two years which would irrigate 196,000 acres of land and bring in a revolution in agriculture sector of the province.

The government was also focusing on promotion of dairy farming and trout fish farming in the province, he said and adding that before the present government, agriculture department was on 25th position but now this department stood at the top of the list of provincial departments due to the unprecedented initiatives of the government.

Under the first phase of Kisan Card scheme farmers database would be improved and targeted subsidies for machineries and inputs etc would be provided to the farmers.

In the second phase of the scheme the farmers would be provided with different facilities including provision of interest free/low markup loans, crop insurance and any other financial assistance in respect of natural calamities.