Use of technology imperative to ensure transparency in elections: Faraz 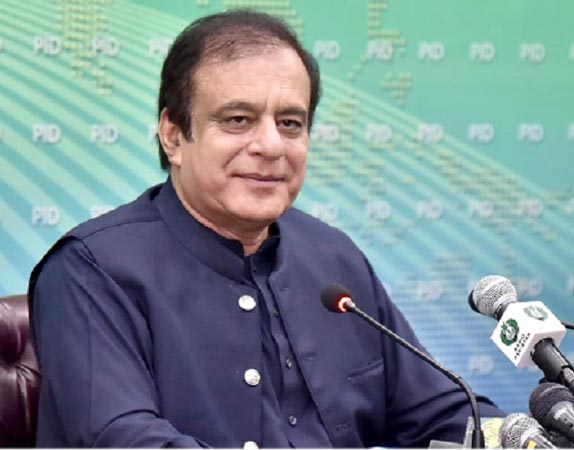 Minister for Science and Technology Syed Shibli Faraz on Thursday said that use of technology was imperative to ensure accuracy, transparency in the elections and the use of EVM in election would help prevent rigging and eliminating mistrust over the polling as well as results compilation process.

Addressing a press conference, he said, political parties used to win elections through rigging were not willing to adopt modern technology in elections due to their vested interests.

The minister said, transparent elections were imperative to strengthen parliament and democracy. He requested the Election Commission of Pakistan (ECP) Technical Committee to hold day to day meetings.

“We request the election commission of Pakistan to arrange day to day meetings of the technical committee set up to review EVMs developed by the ministry of Science and Technology, he added.

He said that Electronic Voting Machines was a concept and it was not necessary to use this specific EVM prototype prepared by his ministry as “we only want technology driven elections to ensure transparency in results”. He said that the government will have no objections in using of imported machine for the holding of elections, if it feels doubt in the EVM prepared locally.

He said that holding transparent, free and fair elections is the prime responsibility and mandate of ECP and the government does not believe in interfering to its domain. He urged ECP to encourage the use of modern technology to ensure credible results.

Shibli Faraz said that the government also invited the opposition to evaluate performance of the EVM and table their suggestion for further improvement but, unfortunately, it refused.

He said that the opposition had rejected EVM without even using it and adding opposition should test these and find out its flaws if any and the government would address those accordingly. He urged the opposition political parties to set aside their personal interests and work for the coming generations. Minister said formation of Joint parliamentary committee on electoral reforms by the Speaker National Assembly is a welcoming sign.

To a question he said that the article 103 of electoral reforms 2017 clearly mentioned that the pilot projects to bring reforms in elections would be conducted. He said the way Prime Minister, Imran Khan introduced a neutral empire to end any dispute in cricket, he wanted to introduce such a transparent system in the political field through introducing electoral reforms, adopting the technology.

The federal minister said that the EVM had been shown at provincial assemblies, universities, Chamber of Commerce and Bar Council.