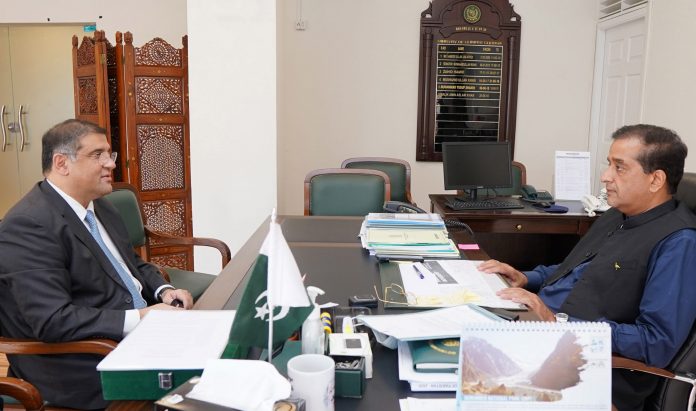 He also briefed the PM’s aide about the Global Ismaili civic day to be inaugurated on September 26, during which the importance of tree plantation would be highlighted among the community members, said a press release issued here. Ismaili civic Pakistan will build on the tree plantation drive, “Darakht se Hayat” (“Life from Trees”), and the cleanliness drive, “Saaf Khushal Pakistan” (“Clean Prosperous Pakistan”) launched earlier this year, Hafiz Sherali highlighted.

Launched last year, Ismaili CIVIC is a global program under which the Shia Ismaili Muslim community across the world unites around its centuries-old tradition of serving humanity by rendering voluntary service to improve the quality of life of the communities in which they live, regardless of faith, gender, and background. This international endeavor reflects the community’s ethic of civic engagement and good citizenship, exemplifying Islam’s core values of service, peace, compassion, and care for the vulnerable.

During the meeting, Hafiz Sherali also briefed the minister about the community’s voluntary work and contributions to the Aga Khan Development Network in various areas of socio-economic and cultural development in Pakistan. Acknowledging the support of the Ismaili community, Federal Minister Malik Amin said, “Climate change is one of the biggest threats facing the world including Pakistan.

However, the Ismaili CIVIC Pakistan tree plantation initiative is, no doubt, of paramount significance that would support the country’s largest-ever afforestation program of Ten Billion Tree Tsunami initiative for a green and prosperous Pakistan, which was launched under PM Imran Khan’s vision for clean green Pakistan.” Earlier, Hafiz Sherali also presented a memento to the PM’s aide Malik Amin Aslam.