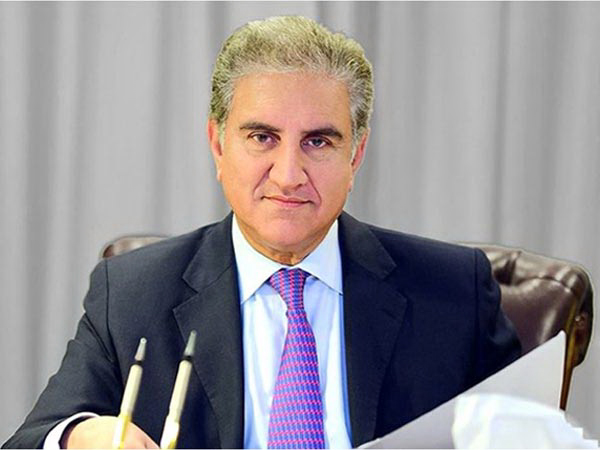 UNITED NATIONS: Pakistan Foreign Minister Shah Mahmood Qureshi has called for building a “global alliance” against the rise and spread of contemporary forms of racism, including Islamophobia, at a high-level UN General Assembly meeting held Wednesday to mark the 20th anniversary of the adoption of the Durban Declaration and Programme of Action (DDPA).

“Even after two decades,” he said, “the landmark document remains the most comprehensive, action-oriented global framework to combat racism, racial discrimination, xenophobia, and related intolerance.” The foreign minister said the occasion was an opportunity to assess the progress made in the implementation of the outcome of the World Conference against Racism that took place South African city of Durban in 2001. In this regard, FM Qureshi welcomed the adoption of an ambitious political declaration by the General Assembly.

“Racism is a repudiation of our common humanity,” the foreign minister said, pointing out that expressions of racial hatred, religious supremacy, and violent nationalism have moved from the fringe to the political mainstream.“From the resurgence of neo-Nazi and other violent nationalist groups to the racist and xenophobic attitudes of politicians, from pervasive Islamophobia and racial profiling of Muslims to excessive use of force by law enforcement agencies against people of African descent, from discriminatory citizenship laws to vaccine apartheid — the assault on the human dignity of millions around the world has reached alarming proportions, FM Qureshi said.

The coronavirus pandemic, he added, has further intensified these divisions and reinforced racial discrimination, and aggravated existing inequalities. Noting that the “Black Lives Matter” campaign last year prompted important discussions on the legacies of slavery and colonialism, the foreign minister said it also triggered a debate on systemic racism and human rights violations specially targeted against people of African descent. Against this backdrop, Pakistan fully supported the special theme of this meeting to focus on “Reparation, racial justice and equality for people of African descent”.

“It is a long-overdue recognition of the profound injustices and systemic discrimination that people of African descent have endured for centuries and continue to confront today,” he said, adding that there was an urgent need to renew the call to action and address the structural causes of racial inequality. including those rooted in the legacy of colonialism.

To that end, FM Qureshi proposed a four-point action plan:

— Reforming the culture, policies, and practices of the law enforcement in the relevant countries, and,

— Building a global alliance against the rise and spread of contemporary forms of racism including Islamophobia, anti-sematic, and other violent nationalist and racist groups.

The political declaration, which the meeting adopted, welcomed the progress made in many parts of the world in the elimination of the scourge in the past 20 years while acknowledging with concern that the scourge still persists in all parts of the world and countless human beings continue to be victims to the present day.

It notes with deep concern the rise in discrimination, hate speech, stigmatization, racism, systemic racism, stereotypes, racial profiling, violence, xenophobia, and intolerance, both in-person and online, directed against, among others, Africans and people of African descent, Asians and people of Asian descent, indigenous peoples, Roma and persons belonging to other racial, ethnic, linguistic or religious minorities, as well as motivated by prejudices against persons based on their religions or beliefs, such as Islamophobia, anti-Semitism, and Christianophobia, and against women and children, migrants, refugees, forcibly displaced persons, asylum seekers, internally displaced persons, persons with disabilities, older persons, youth and other persons in vulnerable situations.

The Pakistani delegation participated actively in the drafting of the declaration and was instrumental in working into the text the concern over growing Islamophobia, despite opposition mainly from India, according to diplomatic sources. The political declaration also vows to pursue the common goal of ensuring the effective enjoyment of all human rights and fundamental freedoms for all, while continuing to promote respect for human rights and to enhance democratic governance, the rule of law, independent judicial institutions, and the fight against impunity nationally and internationally.

It reiterates that the primary responsibility for effectively combating acts of racism, racial discrimination, xenophobia, and related intolerance lies with states and affirms that, whenever such acts occur, they must be condemned and their reoccurrence prevented and urges states to take appropriate preventive measures, including legislative measures, in this regard.

It reaffirms member states’ strong determination to mobilize political will at the national, regional, and international levels and to accelerate momentum to make the fight against racism, racial discrimination, xenophobia, and related intolerance, and the protection of the victims a high priority.