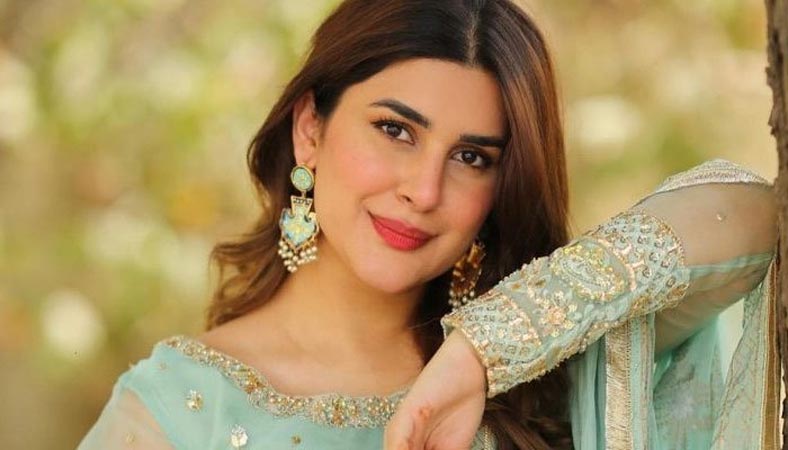 Kubra Khan has shared her tiring journey on the sets of Sinf-e-Aahan, a much-anticipated ISPR project.

In a recent interview, with Fuschia, Kubra said that Sinf-e-Aahan is actually cadet training, pointing out that they were working on shooting of this project.

She revealed that she got many bruises and cuts shooting for Sinf-e-Aahan and there are a patch of purples and reds on my skin as they were doing what the cadets are required to do.

Kubra is performing her character as Mashal in this project.

The actress has unveiled that she has used real guns as well as heavy weights during the scenes.

She pays tribute to Pakistan forces saying that they are doing really a tough job.

“I pay tribute all the women and men who are part of our forces because they are doing really a tough job,” said Kubra, pointing out that the props they had used during shooting were real.

“Everything we have used is real,” she further said. She pointed out that the training much tough.

She has lauded her co-starts for their immense support and courage for the roles in the dramas.

“My girls are made of steel,” she says.

“Despite all that, we have enjoyed it a lot, we feel proud working on such great project,” she adds.