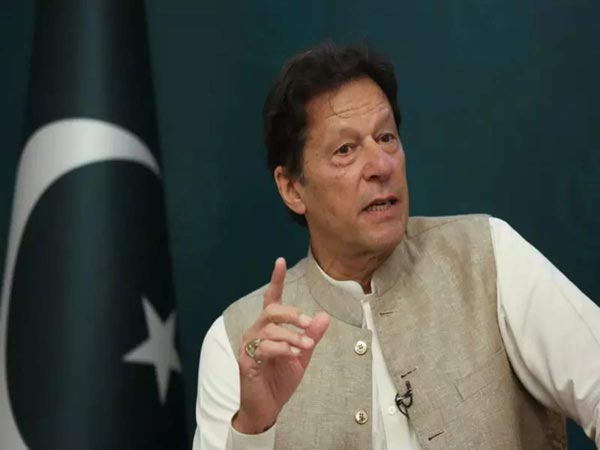 Prime Minister Imran Khan backed his government’s resolve to introduce electronic voting machines (EVMs) to get rid of allegations of rigging surrounding elections in the country but cautioned that only “corrupt system’s beneficiaries” were opposed to the reforms.

Addressing the signing ceremony of Performance Agreements with federal ministers in Islamabad on Wednesday, the prime minister said the only purpose of introducing these machines was to make the polls transparent, adding that EVMs would not benefit his government in any way.

The document has around 1,090 initiatives and targets for all ministries, including 426 to be completed in 2021-22; 488 in 2022-23, and 176 running initiatives, supplementing the overall delivery of ministries across two years, and beyond.

The PM said that since 1970, everyone who has suffered defeat in an election has cried foul. “The EVMs will end such controversies,” he said, adding that even the elections in the Senate have been mired in controversies.

Discussing the performance of his government, the prime minister said that the first year in power was regarding survival while in the second year, the government had to take tackle the Covid-19 pandemic coupled with various economic challenges.

Imran said the government has not taken due credit for the way it has handled the pandemic and kept the economy running.

The prime minister said, “The third year in power has now provided us with the opportunity to work hard and achieve targets set by the government.”

He added that the PTI government would again return to power on the basis of its performance.

Regarding the performance of the provinces, the prime minister said the real battle is for Punjab now sine the people have been complaining about frequent changes in the province’s administration. “If we achieve these targets, our coalition government will emerge stronger,” he added. The premier also urged his ministers to excel at quarterly targets set by their ministries, adding that the more they struggle, the more they would achieve. Imran Khan said that he has not learned as much in his short life as he has learned in these three years as prime minister of Pakistan. He shared that he tells all federal ministers that the more hard work they put in, the greater heights they’ll reach.