Education in mother tongue most effective tool of teaching: Murad 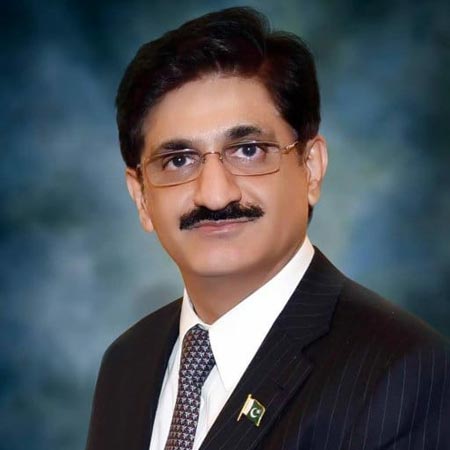 Sindh Chief Minister Syed Murad Ali Shah said that education in mother tongue is considered to be the most effective tool of teaching, therefore our preference is to make curriculum accordingly and his government has already worked hard on overhauling the curriculum.

This he said while talking to the 29-member delegation of Punjab Assembly who called on him here at CM House on Wednesday. In the delegation 18 MPAs were of PTI, six of PML-N, four of PPP.

The chief minister said that the majority of our students in Sindh were receiving education in Sindhi medium.

Under the 18th constitutional amendment, education was a provincial subject, and we have already framed our own curriculum and would be improving it further with the passage of time.

Karachi gets water from two sources- the Indus and the Hub and our rivers were facing water shortage therefore reliance on Indus has become unreliable and Hub Dam has a limited source of water. Therefore, we have decided to tap sea water sources by installing desalination plants, he said and added that the donor agencies have agreed to finance the projects. Talking about law and order, Murad Ali Shah said that when PPP came into power Karachi was declared as 6th most dangerous city in the crime but then a vigorous clean-up operation was launched, and the writ of the government was established and now the same city of Karachi is at 136th ranking in the crime index of the world.

We restored peace in the city first and then started reconstruction of dilapidated infrastructure, Shah said and added, “We have reconstructed and widened Shahrah-e-Faisal and Tariq Road for the first time after the tenure of Shaheed Zulfikar Ali Bhutto. “we have constructed a number of other roads, flkkyovers and underpasses and still have to do a lot of work,” he said.

Murad Ali Shah told the parliamentarians that his government has made NICVD, NICH and JPMC as best health facilities. “Our NICVD and JPMC’s Cyberknife hospitals were providing best services free of cots- the NICVD is the only hospital in the region which does angiography, angioplasties and bypasses free of cost and Cyberknife providing treatment of cancer free of cost,” he said. The Chief Minister invited the delegation to visit Thar and get personal experience to witness the work done by the Sindh government. “Now, Thar has become the power producing city of the country and its credit goes to Shaheed Benazir Bhutto who had initiated Coal mining and coal-fire power projects which could not take place in those days, but initial work was done,” he said. Shah appreciated the MPAs of the Punjab and said that such visits would help to develop political coordination and exchange of views for strengthening the democracy.