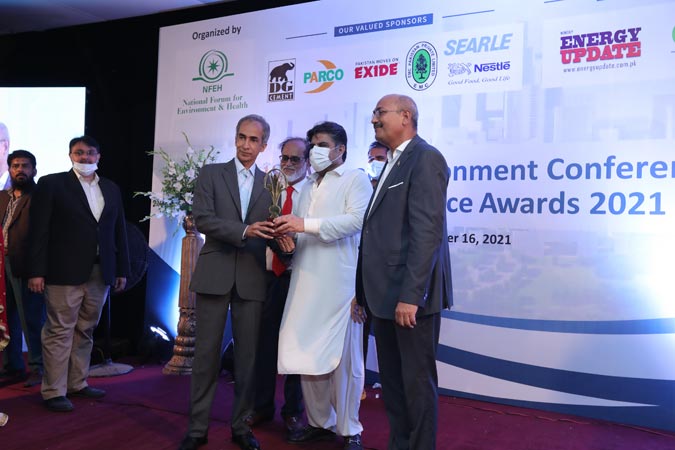 This is the fifth year running for IMC to have won the title and the eleventh time since 2004, it has been complimented by the NFEH, for its contribution towards achieving a carbon neutral environment.

Chief Executive, Indus Motor, Ali Asghar Jamali observed, “The NFEH efforts on creating public awareness on environmental, healthcare and educational issues in Pakistan, are laudable. For IMC to berecognized year after year,for itscontinuing efforts in environmental conservation, is certainly a privilege for us.”

He further went on to say, “Environmental degradation is a mounting concern for Pakistan and as responsible citizens, every single one of us, corporates and individuals alike, are duty-bound to do their bit, in mitigating this risk.For example, if I talk about attaining a green cover, IMC under its Million Tree Plantation Program, has so far, planted over half a million trees across the country, in collaboration with the United Nations of Pakistan and WWF.”

As envisaged by the Toyota Environmental Challenge 2050, In April this year, IMC inaugurated the biggest roof-top, photovoltaic solar plant, in the automobile industry in Pakistan which is also the largest such plant in the Toyota Asia Pacific region.