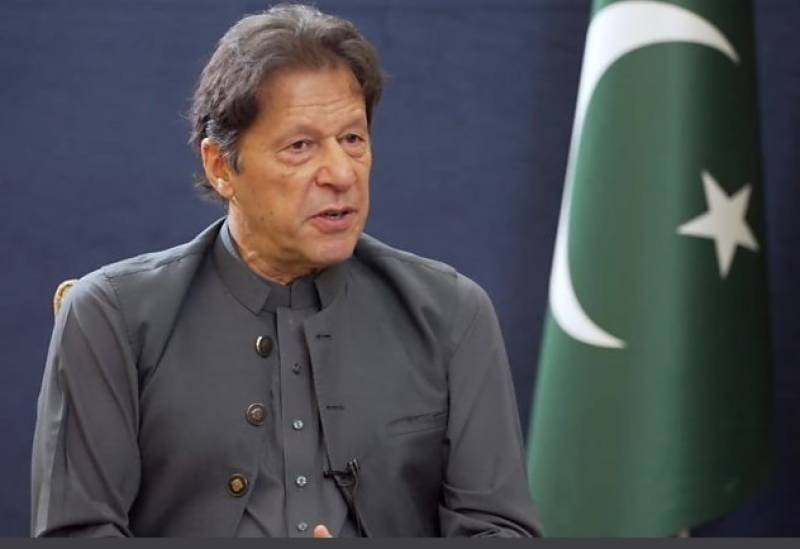 ISLAMABAD: Prime Minister Imran Khan says that those who take advantage of corrupt systems are the ones who are opposing the electronic voting machine (EVM) system, which he believes will solve a big problem of Pakistan’s electoral process. Addressing a ceremony in Islamabad, PM Imran Khan said that three years of the PTI government were “very difficult”.

“I learned a lot in that period. Until you give up, you won’t lose. Try to reach new heights and never have fear,” the premier advised. The prime minister said that one should never compromise on their vision, but only improve on it. “It is necessary for a captain to keep a check on his team. I have seen my cabinet under difficult times and I have seen who get nervous when,” he said. Imran Khan said that he has not learned as much in his short life as he has learned in these three years as prime minister of Pakistan.

He shared that he tells all federal ministers that the more hard work they put in, the greater heights they’ll reach. Speaking about the EVM system, the premier said a “mafia” is opposing it because they do not want to see change and development. “What benefit will using the EVM bring to us?” the premier asked.

He said that every election in Pakistan becomes controversial. He questioned why there is no uproar over the elections in Germany and other similar countries. He also gave an example of the electoral system in US, saying that the uproar in elections disappeared in the US because of the use of a good electoral system.

The premier said that in every election since 1970 in Pakistan, whoever loses says that the polls were rigged. “We will solve this problem [of rigging] through the EVM system,” he highlighted.

He further said that the EVM system is simple  the election is held, you press a button and get the results. “In our country, all the problems start after the end of polling. There is a small section who take advantage of the corrupt system. They are our greatest enemy,” he said. It is very necessary for us to push ourselves in our last two years, he said, referring to the PTI government. “We have come here after a very difficult time. We have to work hard this year,” he said.

Earlier this month, the ECP had listed down 37 reservations, including one that said that EVMs are “hackable” and can be easily tampered with. During a meeting of the Senate committee on September 8, the election commission listed down the challenges the system could face if the machines are rolled out in haste.

Of the concerns noted, the ECP wrote that there was not enough time for a “large scale implementation of EVMs in the upcoming election”, Pakistan’s next general polls are slated for 2023.