Faisal Quraishi’s fans want others to vote for him: LSA 2021 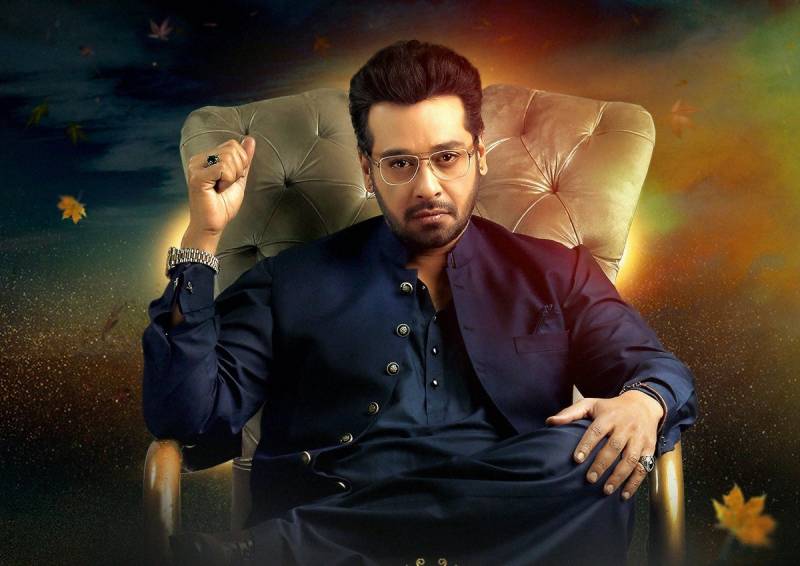 Fans of renowned Pakistani actor Faisal Quraishi are requesting for the actor to win the Lux Style Awards 2021 in the category of Best Actor. Moreover, Faysal Quraishi is a Pakistani actor, producer and television host. He appears in Pakistani television dramas, reality shows and films, and is one of Pakistan’s highest-paid actors. He has received more than 20 nationally recognised awards. He first gained recognition for playing the leading role of Boota in television series ‘Boota from Toba Tek Singh ‘ in 1999 and has now been a part of more than 200 projects.

However, taking to his Instagram story, the actor shared a fan page asking fellow followers to vote for him for the LSA 2021. It is obvious to mention that Faisal Quraishi is nominated in the Best Actor category for Geo Entertainment’s drama serial Muqaddar. 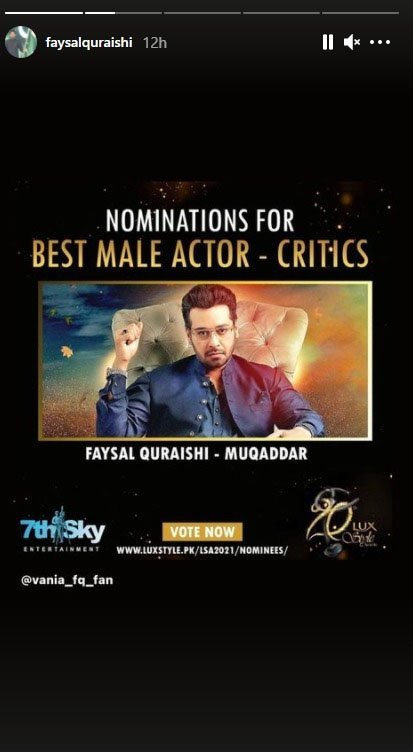 Furthermore, Geo Entertainment’s drama serials Alif, Raaz-e-Ulftat, Deewangi, Meherposh, Muqaddar, Kahin Deep Jaley, Fitrat were one of the leading hits in the list of nominations for this year’s award show.