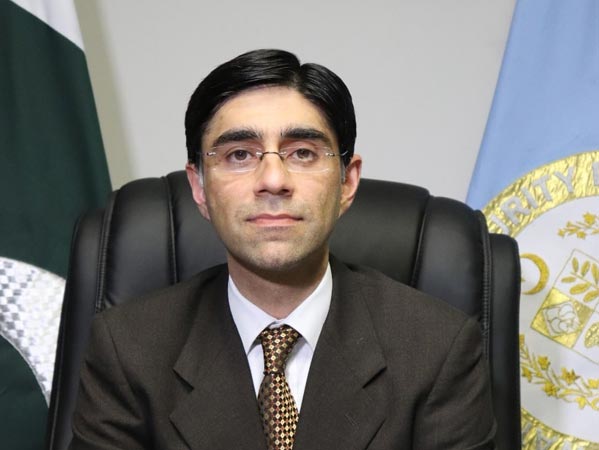 While talking to the media, he said that it is a need of time to extend and strengthen our relations with the central Asian countries.

The Prime Minister of Pakistan is determined to transform Pakistan into a welfare state on the model of Medina, the NSA said. He added that the first stage of the China Pakistan Economic Corridor (CPEC) is regional connectivity.

Moeed Yusuf maintained that Pakistan has successfully fought the war against terrorism but the Indian policies are not suitable for the region.

Fawad Chaudhry accompanied by Interior Minister Sheikh Rasheed said that we are living in the age of the fifth-generation war and Pakistan became a victim of it. Some tweets were posted from India to damage the revival of international cricket in Pakistan.

He further said that the news concerning the cancellation of Pakistan’s tour by NZ was announced minutes before the speech of Prime Minister Imran Khan at the SCO Summit in Dushanbe. After finishing the speech, PM Khan promptly contacted his NZ counterpart to talk about the issue, but he was told that NZ had cancelled the tour, he added.