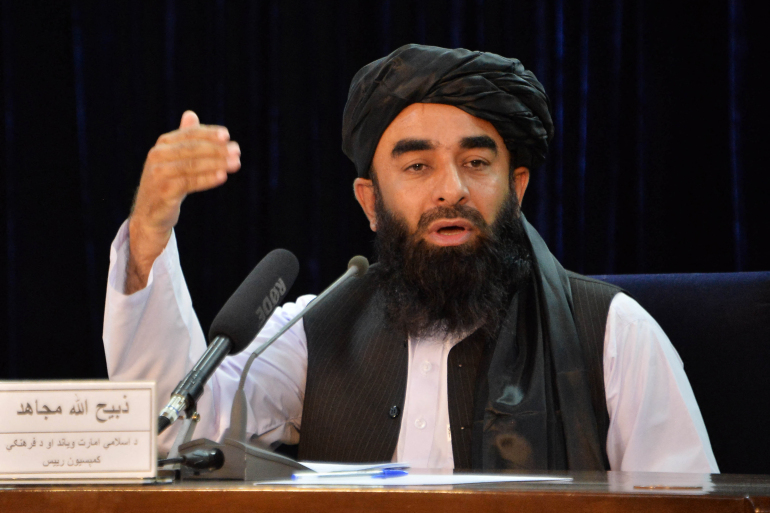 KABUL: On Wednesday, the Taliban asserted that they have arrested four border guards for taking off Pakistan’s flag from aid trucks along the Torkham border in Afghanistan, according to sources.

The incident of guards removing a Pakistan flag affixing to the side of an aid truck happened on Sunday and later the video went viral on social media.

Earlier, the Pakistan government had sent 17 aid trucks carrying 278 tonnes of edible items, including 65 tonnes of sugar, three tonnes of pulses, 190 tonnes of flour, 11 tonnes of cooking oil and 31 tonnes of rice.

In a statement, Taliban spokesperson Zabihullah Mujahid said that the entire cabinet was shocked after the incident. Adding that, we want healthy relations with Pakistan.

“Surely, this incident must have hurt the sentiments of our neighbouring country for which we apologise,” he said.

“Officials involved in the incidents have been arrested and their weapons have been seized,” he said, adding that they will get punishment according to the law.

Earlier on Tuesday, Taliban spokesman Zabihullah Mujahid said the removal of the Pakistani flag hoisted on one of 17 aid trucks that brought relief goods to Afghanistan via the Torkham border is “regrettable” and that those involved in such actions have been ordered arrested and their weapons seized.

“We will put a stop to such incidents, going forward,” he added.