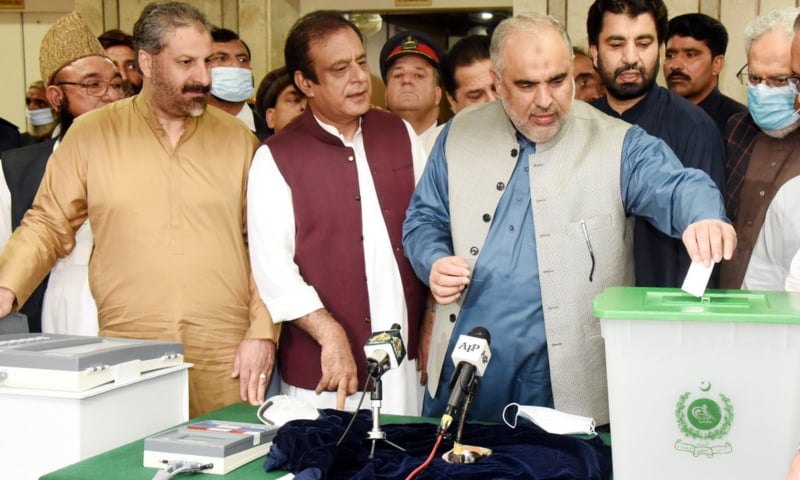 ISLAMABAD: Prime Minister while addressing the ceremony of Performance Agreements’ signing said that before the launching of the electronic machines, no one knew how to resolve the crisis but now with electronic machines every issue will be solved, Daily Times reported.

He maintained that those who are criticizing the electronic machines are not the well-wishers of Pakistan. In every election after 1970, the losing party blames the other party for rigging the elections. The fact is they don’t want to see transparency that EVMs can bring, the premier said.

On the other hand, he appreciated his cabinet members for setting up new goals, he said every team has some goals determined for it and it requires motivation from the most talented players.

A good team never turn a blind eye to its shortcomings and past performances and this thing lead them to victory, he said. Adding that, “Never accept anything below your set bar.”