Foolproof security to be ensured for Chehlum: orders IG Sindh 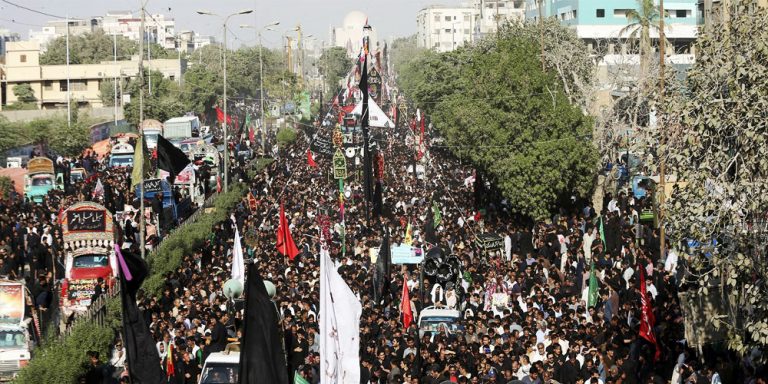 KARACHI: Inspector General of Police (IGP) Sindh Mushtaq Mahar has ordered the concerned officials. He asked them to ensure foolproof security arrangements on the day of Chehlum.
Mushtaq Mahar asked the officials to ensure strict security measures on the routes of the Chehlum processions. The bomb disposal squad should check the routes of the procession.
The Sindh’s IG also ordered to deploy snipers at the high-rise buildings on the routes of the processions. This step is taken to avert any untoward incident, while DP boxes should also be checked.
He also directed removing banners, posters, and wall chalking on the main procession’s route.

Addressing a press conference, the minister had said the government will deploy Pakistan Army and Rangers troops for security of Chehlum processions.
The Chehlum to mark the great sacrifices of Hazrat Imam Hussain and his companions in Karbala for the supremacy of Islam, will be observed on coming Tuesday (September 27).