* Imran Khan warns fighting on Afghan soil may lead to a humanitarian crisis and refugees issue for Pakistan
* FM Qureshi says if Taliban want recognition, they have to be more ‘sensitive and receptive’ to int’l opinion 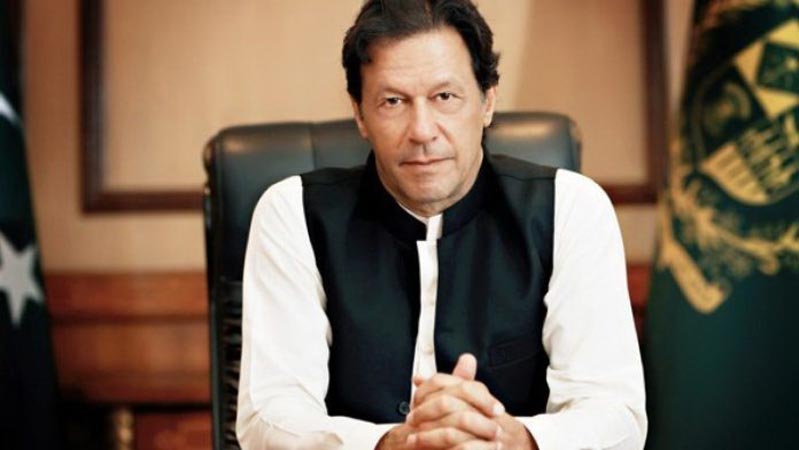 Prime Minister Imran Khan Tuesday once again cautioned that Afghanistan could descend into civil war if all factions were not included in an inclusive government.

In an interview with the BBC, the prime minister said, “If they do not include all the factions, sooner or later they will gradually descend into a civil war,” adding that it would again impact Pakistan.

“That would mean an unstable, a chaotic Afghanistan and an ideal place for terrorists. That is a worry,” he observed. The prime minister further said that in case, there had been a fighting on Afghan soil, it would lead to a humanitarian crisis and refugees issue for Pakistan.

To a question, he replied after twenty years of civil war, Taliban have come into power. It had been few months, since they had been in power.

He, however, expressing his optimism said that Taliban leadership’s statements after coming into power had been very encouraging. Responding to another query by the British broadcast host John Simpson regarding Afghan women’s rights, Prime Minister Khan said Afghan women were very strong, ‘give them some time and they will assert their rights.”

Meanwhile, Foreign Minister Shah Mahmood Qureshi has said Afghanistan’s new Taliban rulers should understand that if they want recognition and assistance in rebuilding the war-battered country, they have to be more sensitive and more receptive to international opinion and norms. Qureshi, who is in New York to attend the 76th session of the United Nations General Assembly (UNGA), said that countries are watching to see how things evolve in Afghanistan before considering recognition.

“I don’t think anybody is in a rush to recognise at this stage and the Taliban should keep an eye on that,” he said. If the Taliban want recognition, “they have to be more sensitive and more receptive to international opinion,” he said.

The minister said that Pakistan’s objective was peace and stability in Afghanistan and to achieve that “we would suggest to Afghans that they should have an inclusive government”.

He said their initial statements indicate they aren’t averse to the idea, so “let’s see”. Qureshi expressed the hope the Afghan Taliban would live up to their promise that girls and women would be allowed to go to school, college and university. He also strongly urged the United States and other countries that have frozen money from the former Afghan government to release it because “that’s Afghan money that should be spent on Afghan people”.

He said the most urgent priority was averting an even deeper economic collapse of the neighboring nation that could trigger a humanitarian catastrophe. “On one hand, you’re raising fresh funds to avert a crisis and on the other hand money that is theirs – belongs to them – they cannot use,” Qureshi told reporters. “I think freezing the assets is not helping the situation. I would strongly urge the powers that be that they should revisit that policy and think of an unfreeze,” he said.

“It will be a confidence-building measure as well and that could also incentivise positive behavior.” The United States froze $9.5 billion in Afghan central bank assets and international lenders have stayed clear of Afghanistan, wary of providing money that could be used by the Taliban.

Qureshi is currently in New York on a five-day visit during which he will attend the 76th session of the UN General Assembly and hold bilateral talks with his counterparts from other countries participating in the summit.

According to a statement issued by the Foreign Office, PM Khan will address the session via a video link and will outline Pakistan’s perspective on key global and regional issues. PM Imran’s policy address to the UN General Assembly and the foreign minister’s visit to New York reflect the development of diplomatic relations between Pakistan, its international partners and international organisations, the FO said.