* February's edition was held online and a few in-person shows took place last September, but this time, audiences were back with a vengeance, without social distancing requirements 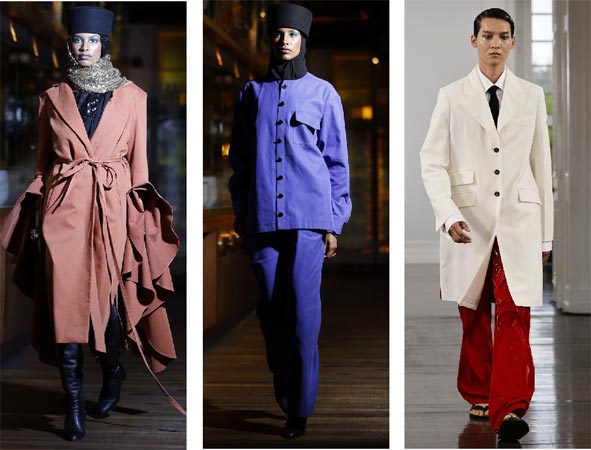 London Fashion Week closed with a flourish on Tuesday, the first major return to live runway shows in the British capital in 18 months following the coronavirus pandemic.

Here are five points that stood out from the London spring/summer 2022 collections:

BACK TO NORMAL… SORT OF — February’s edition was held online and a few in-person shows took place last September, but this time, audiences were back with a vengeance, without social distancing requirements or mask mandates.

Guests, however, had to show proof of vaccination or a negative test for Covid-19.

Some designers eager to return to the traditional format went all out. South Korea-born designer Rejina Pyo took over the swimming pool at London’s Olympic Park.

Athletes opened and closed the show with spectacular dives in a well-choreographed routine.

Turkish-British designer Erdem Moralioglu marked 15 years in the business by taking over the majestic British Museum for a “love letter to London’s idiosyncratic soul”.

At the heart of his collection, inspired by the poet Edith Sitwell and the painter Ottoline Morrell, romantic black-and-white silhouettes dominated, with dresses in lace and florals. 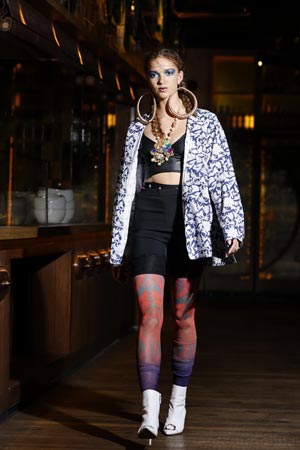 She showcased glamorous creations, some transparent, and others in graphic detail.

The Fashion East “talent incubator” was also an opportunity to discover the stars of tomorrow, such as Chet Lo, and his giant yellow picot shoulder bags.

OPTIMISM & VITALITY — French designer Roland Mouret said he wanted to reflect the changes in society since the lifting of lockdown restrictions, celebrating “an optimism” in the season’s silhouettes, prints and colours.

“The collection is rooted in an understanding of the new ways live their lives and how they dress, as the world is re-emerging,” he added.

For anyone wanting to party after spending the winter months inside, look no further than Canadian Mark Fast’s neon, figure-hugging outfits.

Apple green and fuchsia were a stand-out choice of colours for many designers. 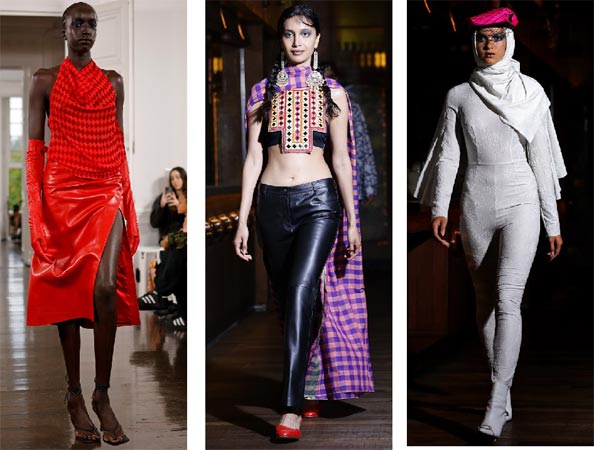 BACK TO CHILDHOOD — the return to childhood inspired several designers, such as Britain’s Molly Goddard and Saul Nash.

Nash, 28, featured young men gravitating to a London bus stop – a nod to his teenage years in Hackney, in the northeast of the British capital.

The sportswear ace reimagined that stable of schoolboy uniforms – the short-sleeve shirt – with breathable fabric inserts and a zip.

Goddard, known for her airy tulle dresses, reimagined the outfits she wore as a child in adult proportions.

“I was eight months pregnant when I started designing this collection and imagined the clothes my child would wear,” she said.

“I was fixated on smocked dresses, tracksuit bottoms and ballet pumps.”

ECOLOGICAL AWARENESS — the fashion and textile industry is the third most polluting sector in the world, accounting for some five percent of global greenhouse emissions.

Prompted by environmental movements such as Extinction Rebellion, many designers are changing their practices.

Rather than ordering new materials, Canadian Edeline Lee told AFP she used fabrics from past collections as she worked on it during lockdown.

“I felt like it would be wrong to order fabrics for the new collection – no one was even going out – so we decided to use all the fabric that was leftover in the studio,” she said,

Osman Yousefzada used TENCEL Luxe, a thread made from sustainably sourced wood pulp, as an alternative to silk.

At the British Library, Phoebe English, whose collections are made entirely in England, also presented works made with recovered textiles and using natural dyes.

“Now we think very differently about what we use to make the clothes that we make. And we do that because of the huge environmental cost that the fashion industry has,” she said.