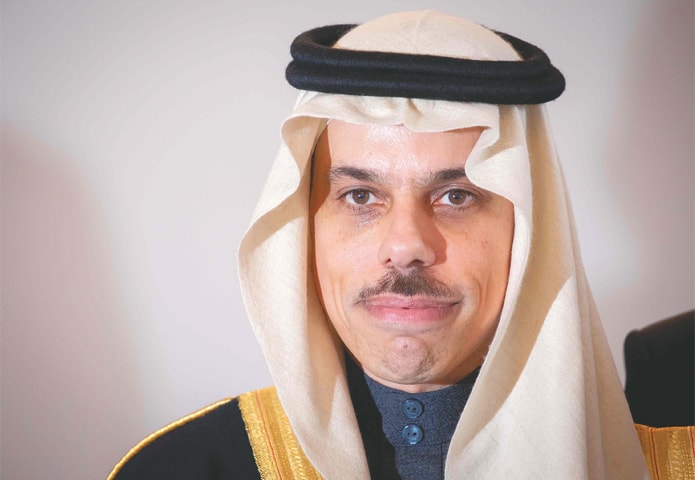 NEW DELHI: At the height of the political fiasco, Saudi’s Foreign Minister Faisal Bin Farhan Al Saud in an interview offered to provide “good offices” to India and Pakistan to resolve their decade-long issues.

While giving an interview to The Hindu, Saud said that we are always at the disposal of both the countries to bring peace between Islamabad and New Delhi, however, adding that the decision of time depends on both the countries.

“We will always provide our good offices when we can, but it’s up to India and Pakistan to decide when the time is right,” he said.

The minister also talked about the Afghan government, saying that the international community can play a vital role to protect human rights in Afghanistan.

“Engagement, setting a good example, cooperation and coordination can help to encourage actors to go in the right direction,” he said.

When questioned whether the Kingdom thinks it will stop aid till the group does not become “moderate when it comes to their stand on women’s education, terrorism and so on”, Saud replied that the aid is supposed to be for the people of Afghanistan.

“Therefore, our position is that aid should continue and should not be affected by these situations,” he said.

He further said that the Taliban must address the concerns of the international community and stop the warmongers from using the Afghan soil for terrorist activities against other countries.

“The Taliban have a responsibility to exercise good judgment and good governance, to be inclusive, to bring in all people in Afghanistan, and to forge a path that can lead to stability, security and prosperity,” he said.

On the other hand, India and Pakistan are facing frosty relations ever since New Delhi issued a presidential order to abolish special status granted to occupied Kashmir under the constitution.