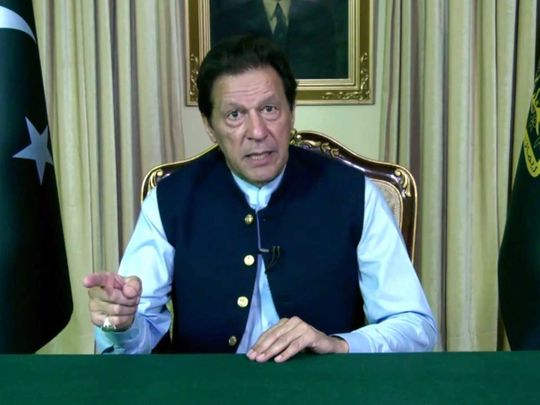 Prime Minister Imran Khan has urged the developed countries in the world to follow the agreements of the Paris Agreement on climate change, saying that it is important for them to ensure and uplift their climate ambitions, both for emissions reduction and increased financial flows to the developing countries.

The prime minister expressed concern over unrealised climate finance pledges by the developed countries. He suggested that initiatives such as debt-for-nature swap would create fiscal space for the developing countries for enhanced climate actions.

Prime Minister of the UK and the United Nations Secretary General jointly convened the meeting on the sidelines of the 76th session of the UN General Assembly. Twenty-five heads of state and government were invited for the leaders’ informal gathering.

Speaking on the occasion, PM Imran Khan highlighted Pakistan’s extreme vulnerability to climate change. And shared that addressing its impact was a major priority of his government.

In this regard, he informed the leaders about the key national initiatives. Including the success of the flagship 10 Billion Tree Tsunami Project and the clean energy target of 60% by 2030.

He also highlighted that Pakistan had replaced two planned 2,600MW coal power plants with hydropower projects. Its a part of its efforts towards climate-sensitive economic growth and development.

The objective of the meeting was to deliver a shared political understanding and vision. It discussed the needs in the lead-up to and at the forthcoming (COP-26) in Glasgow. The Climate Change Conference will take place in November 2021.