Production of national literature and Pakistan

* After the world was decolonised in the 1940s mostly, the most dominant genre of literature occurred 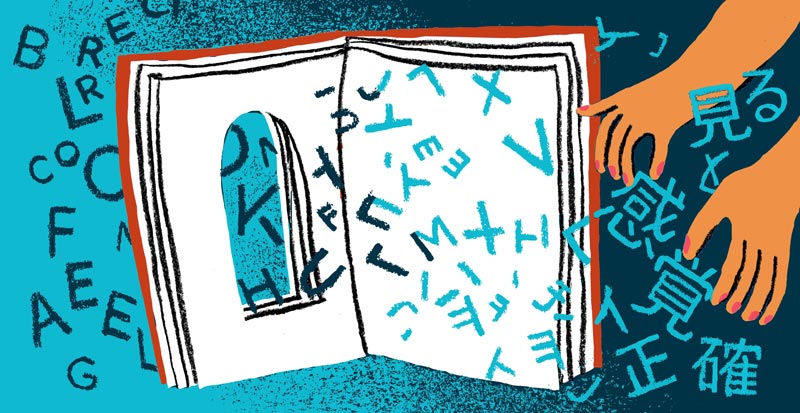 Recently, the world has witnessed an abundant quantity of literature being produced in almost every metropolis of the world, which made it possible for the nations to claim their literary space, for example, Pakistani literature, American literature, Canadian literature and Japanese or Chinese literature.

Most of this literature has been written in their national languages and then in English language, wherever the postcolonial situation occurred. Moreover, these nations have covered almost every level of literature ranging from that of children, to women and to people in general and have portrayed the issues and heritage of their countries as beautifully as possible and in many cases the socio-political world attempted to toe the lines of literature for the solution of national problems and ultimately literature has paved the way of nationalism and patriotism for one’s land and statement.

After the world was decolonised in the 1940s mostly, the most dominant genre of literature occurred as Anglophone or Francophone literature which though reflected the coloniser time of power yet it connected the indigenous people and their culture as well with the land and promoted their connection with the international key players. It was mostly English literature of French and that of Roman-Greek Literature that were counted significant before colonization. But after the decolonization, the world was introduced to Literatures in English along with world literatures. These genres and forms of literature were also significant in promoting nationalism in a new light, as is the case with Pakistan, along with many other postcolonial nations.

At the time of its inception, Pakistan had religion and its Muslim history as only one indicator of its identity as nation and land but very soon, a stream of sociocultural traditions were not only set but also made to flow in huge quantities and quality

At the time of its inception, Pakistan had religion and its Muslim history as only one indicator of its identity as nation and land but very soon a stream of sociocultural traditions was not only set but also were made to flow in huge quantity and quality. In this context Pakistani literature, especially postcolonial literature played a significant role. Pakistani postcolonial writers not only discussed the historical back ground including, Muslim and British rule background, but also the ways and means through which the young budding nation was creating its own literature in English, Urdu and other regional languages. The writers like, Ahmed Ali, Mumtaz Shahnawaz, Zaibunissa Hameedullah, Zulifkar Ghose, Sidhwa, Nadeem Aslam, Haneef Qureshi, Kamila Shamsie, Muneeza Shamsie, Mohsin Hamid, Mohammad Haneef, Tallat Abbasi, Mohammad Hussain, and others created a national and international political consciousness for the Pakistani nation and claimed an independent space for Pakistani literature.

The writers of/from Pakistan are the face of Pakistan in the international world because they have evolved the literature being created by them that has its national face as well as its international representations. Many post-9/11 Pakistani writers have made the Pakistani Diaspora as an integral and essential part of their productions and have made a space in international area called Pakistani and yet this literature relates to the global world as well. Mohsin Hamid, Kamila Shamsie and Mohammad Haneef are specific in this context. Mohsin Hamid’s latest novels after 9/11 discuss Pakistan and its people in international context and help clarify our national and international identity in a rapidly diffusing world of international global identities. Same is the case with Kamila Shamsie who has represented Pakistan and its people in the context of international terrorism in her latest productions. She too sets a stage for Pakistani nation as to where they need to stand in a world infested with terrorism and its related atrocities. She devises and suggests a way out for Pakistan to move forward as a nation. Mohammad Haneef also almost similarly debates our national and international character as a nation and makes a beautiful statement of the flaws in general and ironically provides a vision of the flawless image of Pakistani nation. Along with them, there are many others who are busy in promoting national and international values of Pakistan as a nation and are attempting to connect all Pakistan through their literary voice.

But it will not be out of place to say that Pakistani writers have not produced that much literature which would make Pakistan stand equal to the other developed nations of the world. The areas of children and women’s literature has still a lot of space to fill in order to spread a healthy and positive value system befitting in the modern world of 21st century. More movies should have been produced by adapting Pakistani fiction or stories to provide Pakistanis another genre or form of literature which could popularize our national character and help suggest improvement. The dying film industry is crying proof and needs to be addressed on war footing.

Literature has always been a healthy indicator of a society and has always been used to promote healthy value system. In the past times also, the stories and epics were used in order to project a positive and power image of the society. During wars and political campaigns, literature was used not only to describe but also to promote the national image of the nation involved. British colonization also used their literature as a tool to not only popularize their culture but also to strengthen their rule in their colonies. So, it is very healthful to produce literature in almost every form and genre so that our coming generations may know their history and may be able to pave national consciousness and love for Pakistan as a state.

The writer is a professor of English
at Government Emerson University, Multan. He can be reached at zeadogar@hotmail.com and
Tweets at @Profzee