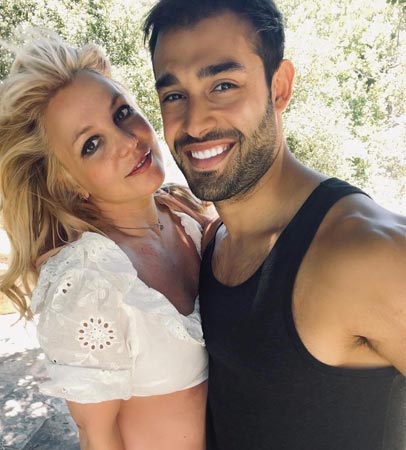 Sam Asghari’s ex finally weighed in on the news of his and Britney Spears’ engagement.

His ex, Mayra Verónica got candid over it all during her interview with TMZ.

There the model was quoted saying, “I feel great. I feel very happy for them. He hit the jackpot!”

She also admitted, “She hit the jackpot too, though.” Mostly believe “He’s extremely supportive. He’s a really, really supportive guy, and after all the s-t she’s been through, that’s what she needs.”

The model and Asghari dated for a year during 2015 and 2016 but cut it short after he met Spears on the sets of her Slumber Party music video MV) in the same year.

“He was a really sweet guy. He was always super, super supportive, so I think she’s with the right guy.”

Before concluding Mayra also went on to say, “He’s such a charming, sweet guy that I really hope so – for her sake. She’s been through enough.”