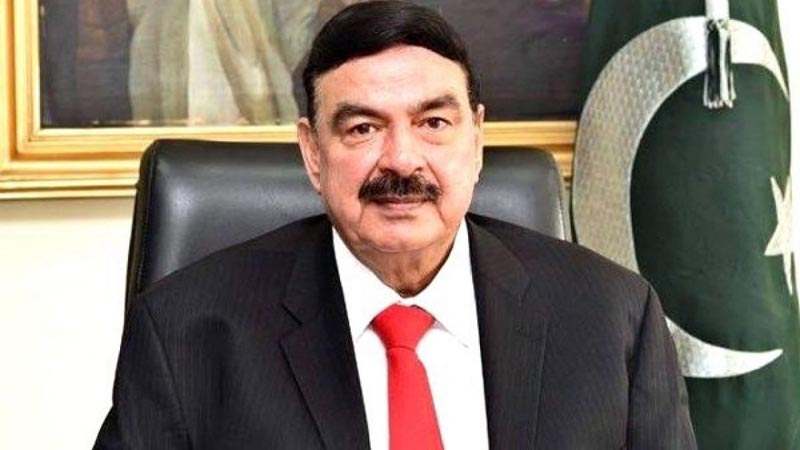 Minister for Interior Sheikh Rashid said on Monday that as per reports of Pakistan’s intelligence agencies there was no threat to the New Zealand cricket team as foolproof security was provided to the squad.

“As per media reports they received any such email even after leaving Pakistan which clearly shows there is a conspiracy behind the cancellation of this tour,” he said addressing a press conference.

He said that it was for the first time that the commandoes of the Pakistan Army were deployed after the cabinet approval to protect a cricket team. Commenting on a security alliance that alerted the cricket team to the purported threat, Rashid said, where was this intelligence alliance when the Kiwis were practicing in Pakistan for three days. “Abrupt abandonment over security fear and deciding to return back was their own decision. No doubt Pakistani nation was unhappy over this decision but I am sure time will come when all these international teams will come and play in Pakistan,” he added.

Commenting on the Afghanistan situation, he said Pakistan wanted a peaceful Afghanistan for the sake of regional peace. He added that the country played its role for regional peace, adding that Pakistan helped evacuate 16,000 people, including the International Monetary Fund and World Bank officials, from Afghanistan.

He made it clear that there was no Afghan refugees’ camp in Pakistan. He maintained that three million Afghan refugees, residing in Pakistan, would be sent back to their homeland after the security situation normalizes.

He said that Pakistan had an important role in the region. “I assure you the government of Pakistan will make its utmost efforts for the prosperity and progress of the state,” he added.

Sheikh said India was spreading negative propaganda against Pakistan as all its conspiracies failed after the Taliban took control of Afghanistan.

He said that no one could hurt Pakistan’s sovereignty and its armed forces were always prepared to give a befitting reply to the enemy.

The minister said that India was in a state of shock due to the failure of its nefarious designs in Afghanistan on which it had to face embarrassment on international level. He said India was blaming Pakistan just to hide from the shameful situation being faced.

“Our borders are safe, peaceful, and protected including Torkham and Chaman. Our enemies are trying to defame Pakistan through hybrid war and media propaganda,” he added.

He said that being a neighboring country it was our religious and moral responsibility to support the people of Afghanistan on humanitarian grounds.

The minister said that there were around 511 seminaries functioning in the federal capital and the local administration always tried to resolve all issues with discussion. “Our endeavor is to address all matters in an appropriate manner including with Lal Masjid cleric as we don’t want any unpleasant situation in Islamabad,” he added.

He said that foolproof security would be provided to the Chehlum procession as the Pakistan Army and Rangers would be deployed to assist the provinces.