Peace in Pakistan proportional to peace in Afghanistan: Interior Minister 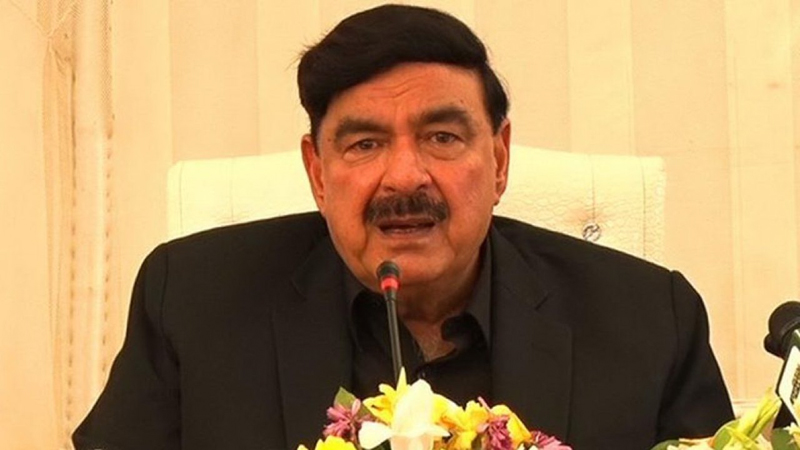 Interior Minister Sheikh Rashid on Monday has said that Pakistan’s peace is proportionally attached with the peace in Afghanistan, reiterating Islamabad’s position that it wants stability and tranquillity in the neighbouring Muslim country.

Talking to the media in Islamabad, the interior minister said that Pakistan evacuated 16,000 people including personnel of the World Bank and International Monetary Fund from Afghanistan after the Taliban’s takeover. He held that Pakistan’s borders were secure. He maintained that the enemy had started a hybrid war against Pakistan.

He said India became a joke in Afghanistan. “Now Delhi wants to pour all the muck on Pakistan,” Rashid added. He derided India saying ‘Delhi does not have anything to say except to talk only about Sh Rashid and Taliban.’

He refuted the presence of any refugee camp in Pakistan. On religious schools (Madaris), the minister said there were 516 Madaris in the federal capital but one religious school was creating trouble. He stated that the government wanted to settle things through dialogue. “We do not want to vitiate the peaceful atmosphere,” he maintained.

It is pertinent to mention here that after the Taliban’s successes in Afghanistan, Jamia Hafsa’s people raised the Taliban’s flag on the minarets of their mosque.

Rashid informed that on the eve of Shuhda-e-Karbala Chehlum, the mobile phone service would remain suspended on the request of provinces and the Army men and Rangers would be deployed to maintain peace. The minister predicted that Pakistan was going to assume an important position in the world. He said that Pakistan had made a plan to sell warplanes to Argentina.

The interior minister warned the holders of two passports and two identity cards. He asked them to surrender extra documents and gave them a 40-day moratorium till Oct 30. On the cancellation of the New Zealand cricket team tour, Rashid said that the Pak army was providing the best security to the Kiwis ‘even our security force outnumbered the Kiwis’ force.’ Rashid invited the opposition to sit with the government on the matter of Electronic Voting Machines. He said that the opposition was preparing for elections as it was taking out rallies.