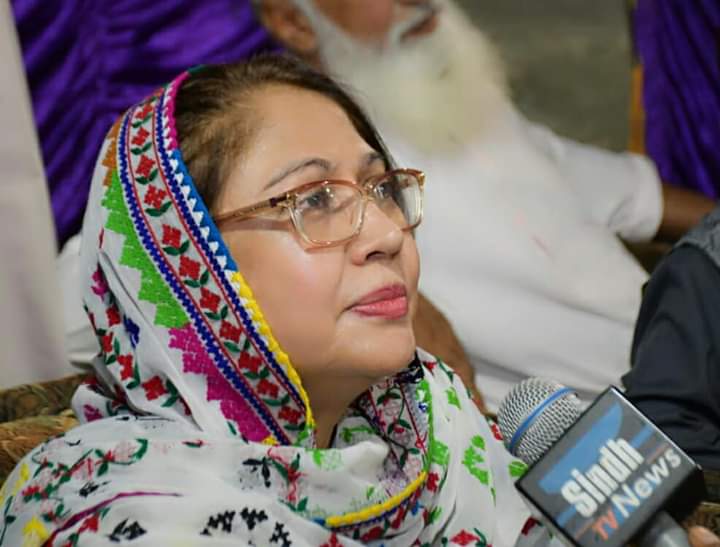 ISLAMABAD: The Election Commission of Pakistan (ECP) on Monday has given last chance to former president Asif Ali Zardari’s sister Faryal Talpur. She needs to file her reply to a petition seeking her disqualification as a member of the Sindh Assembly.

At the outset of the hearing, the subordinate lawyer of Farooq H Naik pleaded with the court to adjourn today’s hearing. Because of the absence of Naik, who has been fighting the case.

Talpur’s lawyer further said that his client has challenged the decision of rehearing a binding plea in the Supreme Court.

It would be better to wait for the decision on the reservations raised by Faryal Talpur before passing any judgment. Later, the ECP while adjourning the plea seeking disqualification of Faryal Talpur as MPA Sindh Assembly, gave her last chance to submit the reply.

Two Pakistan Tehreek-e-Insaf (PTI) leaders Arsalan Taj and Rabia Azfar had moved a petition in the ECP seeking disqualification of Ms Talpur as member of the provincial assembly over allegedly concealing her assets.

They stated the PPP leader should be disqualified under Article 62 of the Constitution as she failed to declare details of her assets before the ECP, which means she is no longer ‘Sadiq and Ameen’.

Faryal Talpur owned properties in Larkana and Shahdadkot, the petitioner stated, adding Talpur had been nominated in a case pertaining to billions of rupees corruption through fake bank accounts.