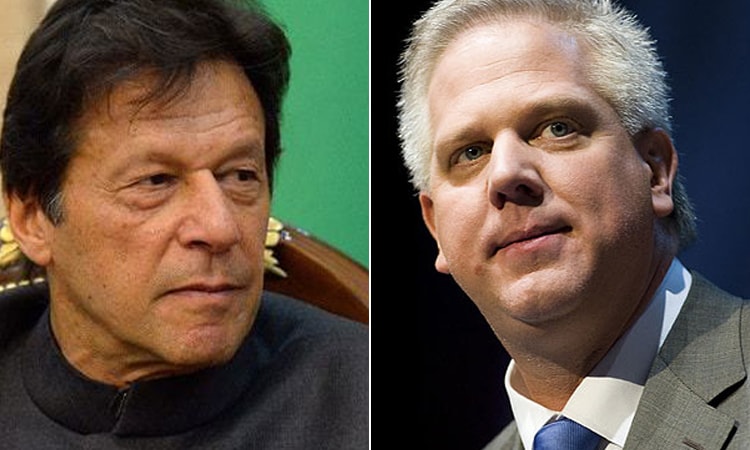 In his tweets, Beck heaped praise to PM Imran Khan. Saying that he had reached out to civil and political leaders around the world for help. But “the silence was shocking”.

“Some calls and requests received a simple yes or no Some went unanswered but we received an immediate response to our requests from Prime Minister Imran Khan of Pakistan. He acted on his willingness to assist,” he tweeted.

Beck said he and PM Imran Khan, together, joined hands to save thousands of innocents who faced death. Adding that the two transcended political divides, national boundaries and much more for the people of Afghanistan.

“He took the lead to save innocent lives irrespective of politics, race, religion or culture,” tweeted Beck. “No other global leader that we have seen, took such an initiative to leverage his/her position to save the innocent, putting humanity before politics and showing how much the great faiths have in common on the bridge of compassion.”

Beck, regarded by many as a conspiracy theorist, said the prime minister never once questioned his motives. Adding that he tasked Pakistani authorities to quickly intervene to help Beck save and evacuate civilians.

“[PM Imran Khan] was able to make the difference between life and death for those on board the first three aircraft to leave Mazar-e-Sharif in Afghanistan with nearly a thousand civilians on board. MANY of them are Americans,” he tweeted.

“Because of his tireless leadership and support from the military and civilian resources of Pakistan, three planes were released by the Taliban. They have been businesslike in their responses to adhere to their agreement to let civilian allies of the NATO forces leave the country,” he added.

The American political commentator said that in the days to come, the world will hear much about the lives saved by the Pakistani prime minister via safe evacuations from Afghanistan. He said all of them are worth “the time, energy, money, passion and love spent by so many people, organizations and the PM of Pakistan.”

He thanked Prime Minister Imran Khan for saving thousands in Afghanistan. Adding that his noble efforts should be recognised.

“The US should collectively recognise Pakistan’s assistance at this juncture. We will not allow anyone to forget this moment that enabled America and its allies to make good on their promises to those that helped them without pause or reflection,” he added.

Concluding his message, Beck said that there should be no two doubts that the FIFA. Afghan Women’s Soccer and Olympic teams have been safely evacuated because of PM Imran Khan’s efforts.

In his first tweet from the thread, Beck promised to share the letters he exchanged with PM Imran Khan on his radio show tonight.

Who is Glenn Beck?

Glenn Beck is an American American conservative political commentator and television and radio personality. A polarising figure, he is perhaps best known for hosting the talk show Glenn Beck (2009–11) on the Fox News Channel (FNC).

He began hosting the radio show The Glenn Beck Program in Tampa, Florida in 2000. His first radio experiment was hugely successful. It gave him an opportunity to spread his right-wing political beliefs. And at the same time, amass a huge following across the US.

In 2006, Beck was invited by the Cable News Network (CNN) to take an evening television slot on its Headline News. He drew a huge number of people to the show and walked out of it in 2008 to start a self-titled show on Fox News.

During the Barack Obama presidency, Beck was known for his frequent attacks on Obama. Especially his efforts to introduce reforms to the healthcare sector.

In 2011, after leaving Fox News Channel, Beck started a subscription website named GBTV. The website streamed his radio shows and other original programming.

In June 2012 GBTV merged with his already-established Web site TheBlaze.com.

In 2010, Beck had publicly denounced the move by a pastor to hold a protest. They planned to burn copies of the Holy Quran.

“Our good Muslim friends and neighbors will get sad,” he wrote. “It makes the battle that they face inside their own communities even harder,” he had written in an internet blog.

In early September, six charter planes sought to evacuate at least 1,000 people out of Mazar-i-Sharif in Afghanistan. The Taliban grounded the planes amid negotiations with the US State Department.

The flights were chartered by Mercury One, a charity founded by Glenn Beck.