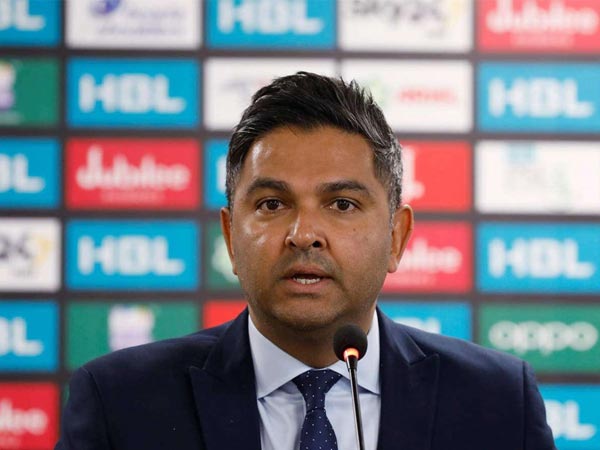 LAHORE: The New Zealand tour of Pakistan was abandoned after the New Zealand government received an alert from the “Five Eyes” intelligence group about a “direct and imminent” threat to its team, Pakistan Cricket Board (PCB) chief executive Wasim Khan said on Sunday. The Black Caps devastated Pakistan’s cricket fraternity on Friday after opting out of their tour of Pakistan minutes before the first ODI was to be played. They had cited a “security threat” as the reason without divulging any further. In a virtual conference with reporters, Wasim said New Zealand had set a “very wrong example” by unilaterally ending the tour. He said the last 48 hours had been very difficult for Pakistan cricket and he wanted to bring some facts to light. On Friday morning at 3:00am, Wasim said, he received a call from ESI head of security Reg Dickinson – the security consultant for New Zealand, who said that “a report had landed on the New Zealand government’s desk through their government security agencies stating that there was a threat on the New Zealand team, and that threat was direct and imminent on that particular day”.

Wasim revealed that he then arrived in Lahore and met Dickinson to seek more clarification. “He stated that information had emanated from that circle (Five Eyes) and reached the Deputy Prime Minister’s office of New Zealand, and that it was serious and it was something that we needed to try and address immediately,” the PCB chief executive added. The Five Eyes is an intelligence alliance comprising Australia, Canada, New Zealand, the United Kingdom, and the United States.

Wasim said New Zealand refused to provide any details or inform the Pakistani security agencies about the threat, despite being asked for the same. “When we contacted our security agencies, they clarified that there was no security threat to the visiting team,” he added. Regretting the Kiwis’ decision, the PCB CEO said one had to trust the security agencies of the country that one were touring. “While harming the relations between the two boards, the decision will have far-reaching consequences,” he said, noting that New Zealand’s players and security officials had expressed confidence over Pakistan’s security arrangements.

“Our players spent the most difficult 14 days in quarantine in New Zealand and travelled there despite the (Christchurch) mosque attack. But it is clear to everyone that decisions are not being taken on the basis of equality.” Wasim said Pakistani authorities had made immense efforts to restore international cricket in the country during the last five years, announcing that he and the PCB chairman would raise the matter of New Zealand abandoning the tour in the International Cricket Council. He revealed that the PCB had contacted the Bangladesh and Sri Lankan cricket boards in the last 24 hours, offering them to arrive in Pakistan to play a bilateral series utilising the arrangements made for the New Zealand series. While both boards were willing to undertake the visit, Wasim said, it was not possible to accomplish due to “a lack of time and logistical issues”.

The PCB CEO said England would decide about its upcoming tour to Pakistan today, and expressed the hope that they would go ahead with the tour. “At the moment, our stance remains that we will play our home cricket in Pakistan,” he said, terming it “dangerous” to take sudden and unilateral decisions. Wasim emphasised that reputation was a bigger concern for Pakistan than financial losses. “It is sad that our reputation has been harmed through this unilateral decision,” he said. He added that New Zealand officials should have instead held talks with Pakistan in order to come up with a joint decision.

On Friday, the New Zealand team had unilaterally postponed the series with Pakistan minutes before the first match was scheduled to start at the Rawalpindi Cricket Stadium – a move that had shocked fans and officials. According to the PCB, Pakistan had “foolproof security arrangements for all visiting teams” and had “assured NZC of the same”. The PCB said that the New Zealand team had been satisfied with the security arrangements throughout their stay, adding that cricket lovers in Pakistan and around the world were “disappointed” by the last-minute withdrawal. In a new statement, New Zealand Cricket Chief Executive David White said he had “no option” but to abandon the Pakistan tour after receiving advice from the New Zealand government of a “specific, credible threat”. He added that “while the general tenor of the threat was immediately shared with the PCB, specific details could not, and will not, be disclosed – privately or publicly.” The New Zealand cricket team had arrived in Pakistan on September 11 for the first time in 18 years to play three ODIs and five Twenty20 Internationals. The ODI series against New Zealand was supposed to be played at the Rawalpindi Stadium, with matches scheduled for Sept 17, 19, and 21, while the Gaddafi Stadium was slated to host five T20s from Sept 25 to Oct 3.