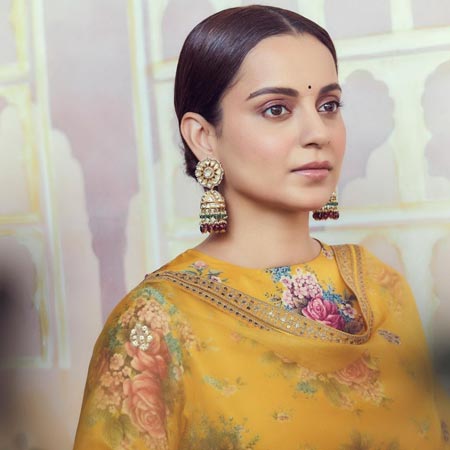 Actress Kangana Ranaut has reacted to actor Ryan Reynolds’sRea recent video, where he interacted with Indian fans while promoting his upcoming film Free Guy and compared Bollywood with Hollywood.

The Canadian actor described Free Guy as a typical Bollywood movie. “If you’re wondering whether Hollywood is just mimicking Bollywood…Well, the answer is yes. We have no shame, no shame at all,” he said. Kangana Ranaut shared Ryan’s statement on her Instagram story and slammed Hollywood for stealing movie screens in India. “And trying to steal our screens…,” the actress captioned her post.

Kangana had earlier expressed dismay over American films taking movie screens in India and thus hampering the native film industries. “We need to discourage American and English movies as they are taking over our screens. We need to behave like one nation. We need to stop dividing ourselves like North India or South India. We need to enjoy our own films first, be it Malayalam, Tamil, Telugu or Punjabi,” Kangana said in a press conference while promoting her latest film Thalaivii.

The ‘Queen’ actress further added, “We don’t appreciate each other, and rather see the dubbed versions of ‘Lion King’ or ‘Jungle Book’. But we will not give a dubbed version of a Malayalam film a chance. This will not work in our favour. We must keep our people and our industry our priority. This is the way to make an Atmanirbhar Bharat.”

On the work front, Kangana is heaping praises for her recently released biopic on late actress and politician J Jayalalithaa. The movie is directed by AL Vijay. The 34 years old will also be seen in ‘Tejas’, ‘Dhaakad’ and the ‘The Incarnation – Sita’.