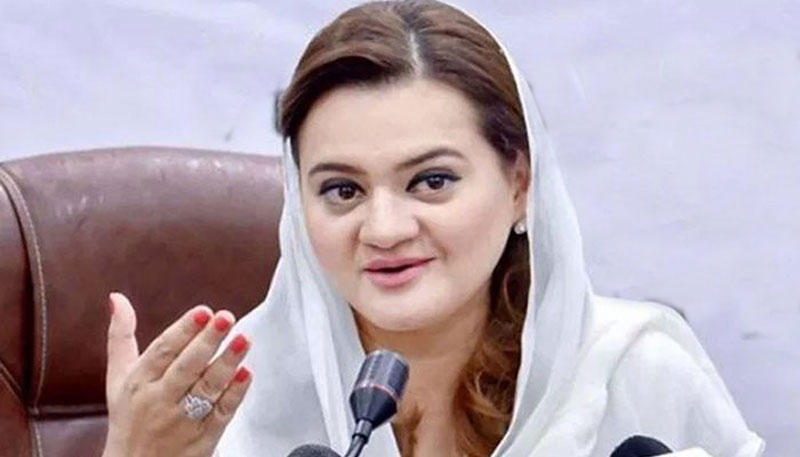 PML-N spokesperson Marriyum Aurangzeb on Sunday called for the ECP to ‘punish’ federal ministers speaking out against it. She said that the ministers are ‘blackmailing ECP on the orders of Prime Minister Imran Khan’, adding that pressure is being mounted on the institution so that a favourable ruling can be obtained in the ‘illegal foreign funding case’ against the PTI. She further alleged that PM Imran Khan is ‘pressurising the ECP to stop a report on the Daska elections and theft of votes coming to the fore’.

Marriyum Aurangzeb said that the government ‘does not have the answers’ to questions raised by the ECP and parliament. She said that ‘provoking ECP members against the CEC is an attack on Constitutional bodies’, demanding that the ECP take legal action against the federal ministers under Article 10 of the Election Act. “The serious allegations against the ECP are a proof of the government’s non-democratic and dictatorial mindset,” she said.

She said that the government and its ministers ‘who are a product of Results Transmission System’ are levelling baseless allegations against the ECP. She said that CEC and the parliament are speaking the language of the law and constitution ‘but the government cannot understand it’.