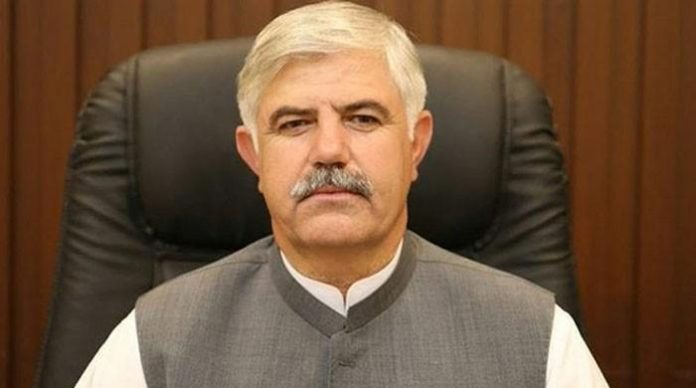 PESHAWAR: The provincial government of Khyber Pakhtunkhwa was working on various projects worth billions of rupees in primary, secondary and tertiary health care to further strengthen the health sector and provide quality medical treatment facilities to the people at their doorsteps.

Steps were being taken under an integrated plan to ensure physical progress on those initiatives as per the given timelines so that their timely completion could be ensured and people could benefit them without any delay. This was told in a meeting of Health Department held here the other day with Chief Minister Khyber Pakhtunkhwa Mahmood Khan in the chair, said an official handout issued here on Sunday.

Similarly, a project is also underway for the rehabilitation of all Rural Health Centers (RHCs) across the province and to run 50 RHCs 24/7. It was informed that these initiatives aimed at improving primary health care by good physical outlook, regular staff presence, availability of essential medicines, critical equipment and diagnostic services in these BHUs and RHCs.

It was further informed that in secondary healthcare sector, work was underway on the revamping of 25 district headquarters hospitals of the province adding that the project aimed at renovation of infrastructure of these hospitals, posting of additional medical staff including specialist doctors, availability of medical equipment, outsourcing of diagnostic services and establishment of ICUs, Burn Units, Dialysis Units, Physiotherapy and other allied units in the existing buildings of those DHQ hospitals.

Similarly, work is underway on outsourcing of 12 District Headquarters Hospitals in the backward districts of the province which will not only provide better treatment facilities to the people of remote areas at the local level but also provide employment opportunities to the people.

The meeting was informed that steps are being taken to strengthen tertiary healthcare sector as well, adding that ten important projects in this sector will be completed by June next year which include Fountain House Peshawar, Bacha Khan Medical College Mardan Phase II, Bannu Medical College Phase II, Institute of Nursing and Medical Technology Peshawar, Blood Transfusion Project Phase II, Construction of Orthopedic and Spine Surgery Block at Hayatabad Medical Complex and other projects.

Regarding the up-gradation of various hospitals in the province, it was informed that up-gradation of 13 health service delivery outlets in various districts of the province was reflected in the Annual Development Program 2020-21 in different which were being implemented as per the stipulated time frame.

Speaking on this occasion, the Chief Minister said that the provincial government was spending huge financial resources to further strengthen the health sector of the province medical centers across the province with the aim to enhance the capacity of public sector hospitals and Improve health service delivery up to the needs and expectations of the public.

Facilities could be made in line with public expectations and needs and people adding that strengthening the hospitals in far flung districts was the top priority area of his government so that quality and improvement health care services could be ensured to the people of remote areas at local level and thus they do not bother to go to big cities for treatment facilities.

The Chief Minister said that a number of important projects were being implemented in health sector to align the services of hospitals to the requirements of modern age, adding that with the completion of these projects, people of the province would see a radical change in the health sector.

Stressing on the need for timely completion of ongoing projects and reform measures in the health sector, the Chief Minister directed the concerned authorities to take necessary steps to further expedite the implementation of these projects.