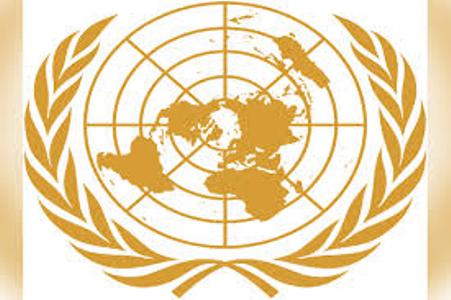 UNITED NATIONS: Afghanistan, climate change and the coronavirus crises will dominate discussions at the U.N. General Assembly’s hybrid high-level debate starting Tuesday in which a large number of world leaders, including Prime Minister Imran Khan, are set to participate, as security is tightened in New York.

Despite U.S. requests that member states send pre-recorded messages to curb the spread of the coronavirus, 83 heads of state, 43 prime ministers, three deputy prime ministers and 23 foreign ministers are scheduled to address the General Assembly in person. PM Khan will virtually address what is known as the “world’s biggest diplomatic gathering” on September 24, as also the presidents of Iran, Egypt, France, Indonesia, South Africa and Zimbabwe.

Each delegation will be permitted to bring up to seven members to the general debate, including the chief delegate, in the scaled-down 76th session of the 193-member Assembly. Covid-19 had pushed the 75th anniversary session last year online for the first time in UN’s history.

This year’s theme is: “Building resilience through hope – to recover from COVID-19, rebuild sustainability, respond to the needs of the planet, respect the rights of people, and revitalize the United Nations”. “We will participate actively in the General Assembly session,” Pakistan’s Ambassador to the UN, Munir Akram said.

Noting that the world confronts multiple challenges — the Covid pandemic, it’s devastating impact on the economies of developing countries and ever growing threat of frequent climate disasters — he said these threats coincide with rising tensions between the great powers, particularly the US and China, a new arms race and persisting and proliferating conflicts in the Middle East, Africa, South Asia and other regions of the world.

“It is expected that the focus of the General Assembly’s discussions will be on these global issues and on certain conflict situations,” the Pakistan envoy said.

Member states, he added, are also expected to respond to the comprehensive report entitled: Our Common Agenda submitted last week by the UN Secretary General Antonio Guterres that contains several new proposals for enabling the U.N. to deal with the world’s current and future problems.

Ambassador Akram said Pakistan’s policy statement, which will be delivered by Prime Minister Khan, is expected to convey Islamabad’s views on the major global economic and political issues as well as on the grave situation in Indian occupied Jammu and Kashmir and on the fast evolving situation in Afghanistan.

Throughout the session, he said, Pakistan will draw the world‘s attention to the human rights violations in Indian occupied Kashmir, the imperative to stabilize Afghanistan, the need to combat Islamophobia and counter disinformation, such as that being propagated by India, as well as to address the economic challenges confronting developing countries.

Foreign Minister Shah Mahmood Qureshi will participate in person in several events being held during the Assembly’s high level week including a meeting of the OIC Working Group on Jammu and Kashmir, a Ministerial meeting of the Uniting for Consensus group on Security Council reform, and a high level meeting on Energy.

The Foreign Minister will also hold a number of bilateral meetings with his counterparts, meet the UNSG, address think tanks and meet members of the Pakistani community and businessmen in New York besides the Pakistani and international media.

The coronavirus pandemic has slowed in-person diplomacy at the United Nations, but vaccines have made it safer to hold a smaller gathering, although the rampant spread of the delta variant left decisions for many world leaders about coming until the last minute.

The World Health Organization has set a global target of vaccinating at least 40% of the population of every country against COVID-19 by the end of this year, and 70% of the world’s population by the middle of next year.

“What we need is a global vaccination plan, and we need those that have power in the world to put their power at the service of vaccine equity,” Secretary-General Guterres told reporters recently.

U.S. President Joe Biden, King Abdullah of Jordan and the presidents of Turkey, Brazil, Venezuela and Palestine as well as prime ministers of the United Kingdom, Japan and India will be among those leaders present at U.N. headquarters in New York to deliver their country’s speech.

Prime Minister Narendra Modi is set to speak on September 25, a day after he participates in the Quad Leaders’ Summit in Washington DC hosted by President Biden on September 24. There will be no shortage of political and humanitarian problems to discuss.

Conflict and famine in Ethiopia and a military coup in Myanmar were already in the international spotlight this year. Millions of Yemenis are near starving. The war in Syria has dragged on for more than a decade, and neighboring Lebanon is plunging into an economic abyss.

Haiti was rocked by an earthquake one month ago just weeks after its president was assassinated. Earlier this month, Guinea’s military staged a coup and jailed the president. And not to be ignored, North Korea has resumed test-firing ballistic missiles.

But in recent weeks, the situation in Afghanistan has seized international attention as the government collapsed, the Taliban swept into power in Kabul, and the United States military departed the country ending its 20-year military presence.

Now the United Nations finds itself in a challenging situation, trying to assist nearly 18 million Afghans who are in dire need of assistance after years of conflict, drought and now COVID-19. The concern with which wealthy countries view the situation was evident on Monday, when they pledged more than $1.2 billon to provide humanitarian and regional assistance to try to prevent a new refugee crisis.

Diplomats say nations need to coordinate a united approach to how they will deal with the Taliban going forward. The last scheduled speakers in the high-level debate on Sept. 27 are from the delegations of North Korea, Myanmar, Guinea and Afghanistan.

Currently, the Afghan envoy at the UN is Ambassador Ghulam Issaczai, who was appointed by former President Ashraf Ghani as Kabul’s envoy to the UN in June 2021. The interim Taliban government has not yet made any submission challenging Isaczai’s credentials. The secretary-general has also mandated that all U.N. staff in the building during the week be vaccinated.

U.N. spokesman Stephane Dujarric said all people entering the U.N. headquarters complex, including visitors, delegates, and contractors, will have to “attest through their swipe card or escorted entry that they do not have symptoms of COVID-19 and have not tested positive for COVID-19 in the last 10 days.”