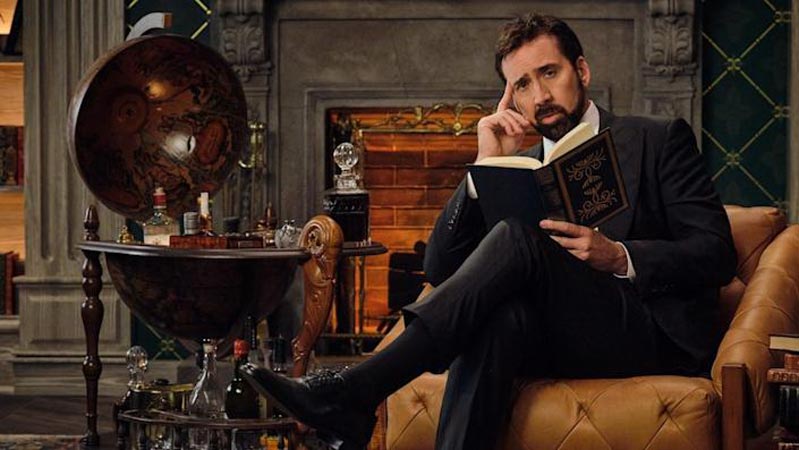 Nicolas Cage told Entertainment Weekly this week that he will never retire from acting. The Oscar winner earned some of the best reviews of his career earlier this year with the indie drama “Pig,” and now his buzzy Sion Sono-directed Samurai-Western “Prisoners of the Ghostland” is playing in theaters and available on VOD platforms. Cage has over 100 acting and voice role credits to his name, and he has no plans to stop anytime soon.

“That can’t happen. To do what I do in cinema has been like a guardian angel for me, and I need it,” Cage said when EW brought up retirement. “I’m healthier when I’m working, I need a positive place to express my life experience, and filmmaking has given me that. So I’m never going to retire. Where are we now, 117 movies?”

Cage continued, “What’s funny is, my argument with people who go, ‘You work too much,’ was ‘I like working, and it’s healthy, I’m happy when I’m working, and by the way, guys like Cagney and Bogart, they were doing hundreds of movies.’ And then I went, ‘I’d better check that,’ and I went, ‘Oops.’ Jerry Lewis was one of my friends, and he and I would go and have dinner together, and he would say, ‘How many movies you got?’ I go, ‘I got about 100, how many you got?’ ‘I got 40. So you got twice as much as me?’ ‘Well, I didn’t know that, Jerry.'”

Just because Cage has no plans to stop acting does not mean he’ll watch every acting performance. The actor has already gone on record refusing to watch his next high profile release, Lionsgate’s “The Unbearable Weight of Massive Talent.” The film comes from director and co-writer Tom Gormican and casts Cage as a fictionalized variation of Nicolas Cage.

“I’m never going to see that movie,” Cage told Collider. “I’m told it’s a good movie. My manager, Mike Nilon, who is also a producer on it, looked at it. He was very happy. I’m told the audience loved the movie. But it’s just too much of a whacked-out trip for me to go to a movie theater and watch me play Tom Gormican’s highly-neurotic, anxiety-ridden version of me.”

“The Unbearable Weight of Massive Talent” is set to open April 22, 2022. “Prisoners of the Ghostland” is now playing in theaters and available to watch on VOD platforms.