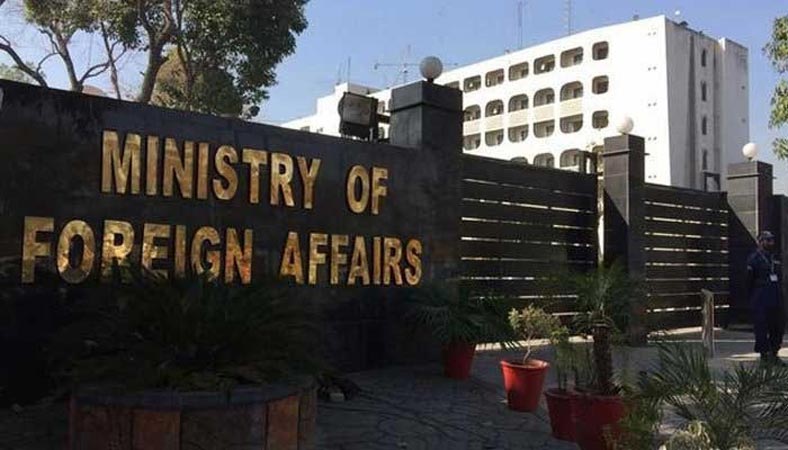 Pakistan cannot be held responsible for the failure of the ousted Ashraf Ghani-led government in Afghanistan, the Foreign Office said on Saturday.

“Pakistan cannot be held responsible for the failure of the Ghani government, and its causes that were internal to Afghanistan,” Foreign Office Spokesperson Asim Iftikhar Ahmad said in response to a resolution passed by the European Parliament on the situation in Afghanistan.

The EU resolution alleged that Pakistan is ‘assisting the Taliban’ in fighting the National Resistance Front of Afghanistan (NRF) in the Panjshir Valley ‘by supplying its special forces and providing air support’.

Taking note of the resolution, the FO spokesperson said Pakistan is disappointed at the unwarranted and negative references to it, as this was not consistent with the cooperative relations between Pakistan and the EU. “Pakistan has played and continues to play a constructive role in facilitating peace and stability in Afghanistan,” the spokesperson said, highlighting that Islamabad played a crucial role in the Doha peace process and subsequent intra-Afghan negotiations – which has been widely acknowledged by the international community.

Ahmad said after Afghanistan, Pakistan has been the biggest victim of decades of the conflict and over the years, Islamabad has contributed immensely to the success of the international community’s fight against terrorism. “Of all the countries of the world, Pakistan has suffered the most – with over 80,000 casualties and more than 150 billion US dollars in economic losses,” Ahmad said.

The spokesperson said Pakistan continues to host over four million Afghan refugees, the world’s largest protracted refugee population. “A peaceful and stable Afghanistan is therefore in the best interest of Pakistan.”

Pakistan has offered unparalleled support and facilitated the international community, including the EU and its member states in evacuating their diplomats, local staff of the EU Missions in Afghanistan, staff of international organisations, and others from Afghanistan, he said. “This has also been acknowledged by the visiting Foreign Ministers of Germany, Italy, the Netherlands, Spain, the UK, and also other European foreign ministers during their telephonic conversations with the Foreign Minister of Pakistan,” he added.

Pakistan also remains proactively engaged with a range of partners including from the EU for constructive exchange of views on the evolving situation in Afghanistan and the best way forward, the spokesperson said. “GSP Plus is a mutually beneficial undertaking. Pakistan remains fully committed to the effective implementation of the 27 international conventions, implementation of which is the basis for according GSP Plus status. We are closely engaged with the European Commission in this regard,” he added.