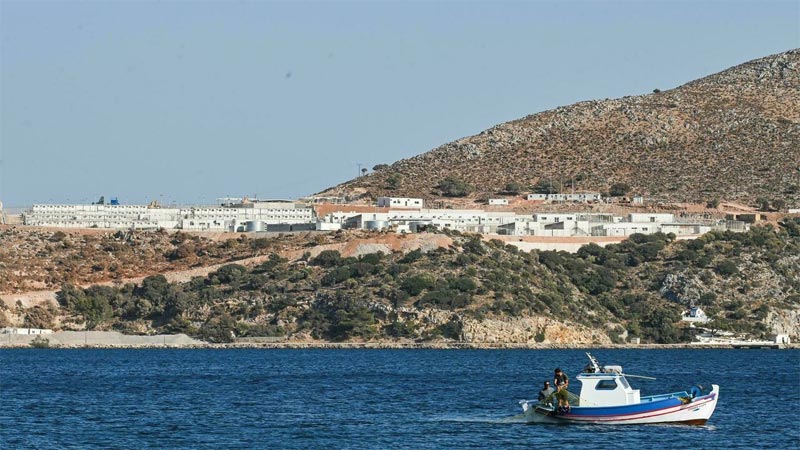 Greece on Saturday inaugurated the first of five new “closed” migrant camps, opposed by rights groups who say the strict access measures are too restrictive.

Barbed wire fencing surrounds the new camp on the island of Samos, which is also installed with surveillance cameras, x-ray scanners and magnetic doors.

The EU has committed 276 million euros ($326 million) for the new camps on Greece’s five Aegean islands — Leros, Lesbos, Kos, Chios as well Samos — that receive most of the migrant arrivals by sea from neighbouring Turkey.

The Samos camp, which will serve as a pilot for the other so-called closed and controlled access facilities, has a detention centre and asylum seekers will only be able to go in by scanning their fingerprints and electronic badges at the entrance.

Gates will remain closed at night and those who don’t return before 8.00 pm will face disciplinary sanctions.

The camp boasts sports and games areas, as well as shared kitchens.

Dormitories have five beds each and a cupboard, with shared toilets and showers, an AFP team saw.

“The new closed-controlled access centre will give back the lost dignity to people seeking international protection, but also the necessary conditions of safeguarding and restraint for illegal migrants who are to be returned,” Greek Migration Minister Notis Mitarachi said at the opening.

LIVING CONDITIONS: The Leros camp is expected to be finished next month, while on Lesbos — home to Moria, Europe’s largest camp, which was destroyed by fire last year — work has yet to begin.

They replace previous facilities that became infamous for their living conditions.

On Samos, the facility near the port of Vathy had been designed for about 680 people but at one point was home to nearly 10 times that number.

Asylum seekers still live there — rats, improvised wooden barracks without heating and a lack of toilets and showers continue to be part of their daily lives.

But from Monday, residents will be transferred to the new facility some five kilometres (3.1 miles) from Samos’s main town of the same name.

?he old camp will be closed by month’s end, according to the migration ministry.

And the Greek army will dismantle the buildings, remove the containers and decontaminate the area, which will then be passed on to the municipality.

“This is a promise to the local community, but also a commitment of our ministry,” Mitarachi has said, responding to anger among the local community who, for years, watched as the camp ballooned on the outskirts of their village.