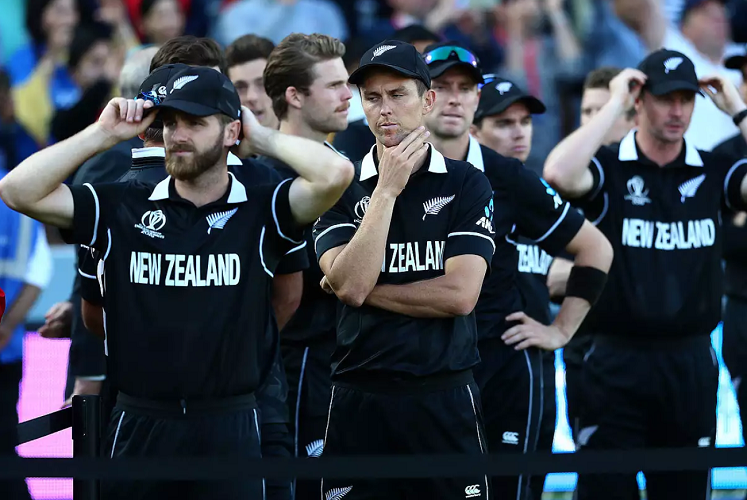 ISLAMABAD: The New Zealand team, which denied to play match yesterday due to security threats’, will go back today in a chartered plane.

A chartered plane has been arranged for the Kiwis which will take them to UAE and then to New Zealand. According to the details, the Civil Aviation Authority has granted landing permission to the aircraft.

Moreover, the New Zealand Cricket team on Friday backed out of the much-awaited tour, citing a security alert from their government. The Pakistani authorities had assured the NZC of complete security but they insisted on leaving the series.

The Pakistan Cricket Board (PCB) in a statement had said that the NZC informed that they had decided to postpone the series due to some security concerns and it was their one-sided decision.

“We have assured the New Zealand Cricket of the same. The Pakistan Prime Minister spoke personally to the Prime Minister of New Zealand and informed her that we have one of the best intelligence systems in the world and that no security threat of any kind exists for the visiting team,” the PCB had said.

Although the New Zealand team has been very satisfied with security arrangements made by the Pakistan government throughout their stay here, PCB said to the security officials.

While announcing the decision, NZC Chief Executive David White had said it was simply not possible to continue with the tour given the advice he was receiving.

“I understand this will be a blow for the PCB, who have been wonderful hosts, but player safety is paramount and we believe this is the only responsible option.

Later in the day while addressing a press conference, Minister for Interior Sheikh Rasheed Ahmed termed the cancellation of the New Zealand tour a conspiracy against Pakistan to damage their image in front of the world and their efforts for peace in the region.

He had said that in order to ensure foolproof security of the foreign team and matches, Pakistan had not only deployed 4000 policemen but also commandos from Pakistan Army’s Special Services Group (SSG) and Pak Army soldiers.

Sheikh Rashid had said, “We even tried to convince them to play the match without spectators however they were not willing to come.” “It is their decision as we had deployed full security for their team,” he had said.

“The New Zealand prime minister said there was no issue of a threat and added that the New Zealand government had received intelligence that the team could be attacked when it steps out to go to the stadium”, Sheikh had said.