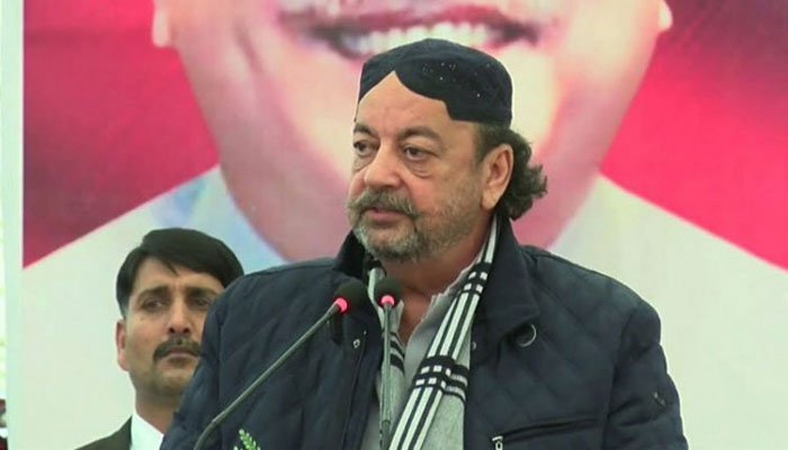 The National Accountability Bureau has approved conversion of inquiry into investigation against Speaker Sindh Assembly Agha Siraj Durrani, Ex-IG Prisons Nusrat Hussain Mangan, reference against Ex-Chief Secretary Fazal-ur-Rehman and others in its regional board meeting

The meeting recommended conversion of inquiry into investigation against Speaker Sindh Assembly Agha Siraj Durrani and others over allegation of embezzlement of funds in project of MPA hostel at Karachi, said a news release issued on Friday,

NAB regional board also recommended filing of reference to the competent authority against officers and officials of Sindh Social Relief Fund (SSRF) and others.

The accused persons Fazal-ur-Rehman, Ex-Chief Secretary / Chairman of SSRF and others are involved in misuse of authority, misappropriation and embezzlement of SSRF funds by investing the same in JS Mutual Funds. They caused loss worth millions of rupees to the government exchequer.

Conversion of an inquiry into investigation was also recommended against Nusrat Hussain Mangan, Ex. IG Prisons Govt. of Sindh and others on allegation of accumulation of assets beyond known sources of Income.

The board recommended conversion of inquiry into investigation against officers of Roshan Sindh Solar Program and others.

The accused involved in misuse of authority and embezzlement of funds of installation of solar lights in Rural Sindh Phase -I & II. The accused caused loss to the tune of millions of rupees to national exchequer.

The Board approved conversion of inquiry into investigation against accused Hafeez ur Rehman Butt, Owner M/s Orient Housing Services Builders and Developers of “Billy’s Green Wood Residency”, Super Highway Karachi, Babar Chugtai and others. The accused are involved in Cheating Public at Large through non-possession of Cottages / Flats / Apartments / Shops to the allottees. Total amount in the case comes to the tune of millions of rupees.

A Plea Bargain application u/s 25(b) of NAO, 1999 of accused Faheem Ahmed of Rs. 4.610 million in Reference No. 02/2021 (Munawar Ali Bozdar, the then Chief Engineer / Project Director, RBOD Project, Officers/Officials of RBOD Project Irrigation Department, Govt. of Sindh, Contractors & Others) was also recommended for acceptance by competent authority.

The accused is involved in embezzlement of government funds through misuse of authority on the account of works and services rendered for flood works from 2017 to 2019.

The board also recommended plea bargain applications u/s 25(b) of NAO, 1999 of accused Nasr Zia of Rs. 9.25 million and accused Muhammad Ahmer Aslam of Rs. 9.25 million for acceptance by Competent Authority. The accused are involved in Misuse of Authority by awarding the contracts to vendors including in violation of relevant provisions of SPP Rules, 2010 and making payments without the actual verification of the services rendered / work done resulting in embezzlement of government funds thus causing loss to the national exchequer.

Two plea bargains were also approved by the board. Director General NAB Karachi Dr. Najaf Quli Mirza chaired the board meeting which was attended by directors of investigation wings and respective Combined Investigating Teams of concerned cases. The Regional Board appreciated the performance of Combined Investigation Teams on successful disposal of mega cases as per law.